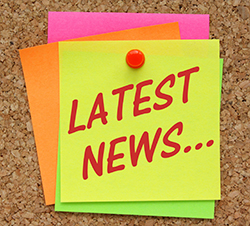 CORIDOR
CORIDOR is a searchable database of resources such as webinars, model policies, toolkits, fact sheets, and other materials public health practitioners can use in chronic disease prevention and health promotion activities – including for epilepsy.

Loving Someone With Epilepsy
This post on CDC’s Public Health Matters blog is a personal account of a friend of a person with epilepsy.

Recent changes in attitudes of US adults toward people with epilepsy — Results from the 2005 SummerStyles and 2013 FallStyles surveysexternal icon
A CDC study found that adults’ level of personal fear and intention for social avoidance worsened from 2005 to 2013.

MMWR: National and State Estimates of the Numbers of Adults and Children with Active Epilepsy — United States, 2015
A new CDC study found that in 2015, 3.4 million people – about 3 million adults and 470,000 children – had active epilepsy (either under treatment or with recent seizures). For the first time, state prevalence estimates are available for all states and the District of Columbia.

2017 Revised Classification of Seizuresexternal icon
The International League Against Epilepsy (ILAE) has revised its classification of seizures. The changes will help make diagnosing and classifying seizures more accurate and easier.

Healthy People 2020 Target Met pdf icon[PDF-423K]
The proportion of people aged 18 years or older with epilepsy and uncontrolled seizures who received appropriate medical care (Healthy People Objective DH-6) increased from 57.7% in 2010 to 65.7% in 2013. This exceeds the 2020 target of 63.5%. For more information, see the full Healthy People 2020 Midcourse Review.