. After ingestion by a suitable snail (first intermediate host)

, which undergo in the snail several developmental stages (sporocysts

and penetrate freshwater fish (second intermediate host), encysting as metacercariae in the muscles or under the scales

and ascend through the ampulla of Vater into the biliary ducts, where they attach and develop into adults, which lay eggs after 3 to 4 weeks

Most infections are asymptomatic. Most pathologic manifestations result from inflammation and intermittent obstruction of the biliary ducts. In mild cases, manifestations include dyspepsia, abdominal pain, diarrhea, or constipation. With infections of longer duration, the symptoms can be more severe, and hepatomegaly and malnutrition may be present. In rare cases, cholangitis, cholecystitis, and chlolangiocarcinoma may develop. In addition, infections due to Opisthorchis felineus may present an acute phase resembling Katayama fever (schistosomiasis), with fever, facial edema, lymphadenopathy, arthralgias, rash, and eosinophilia. Chronic forms of Opisthorchis felineus infections present the same manifestations as Opisthorchis viverrini, with in addition involvement of the pancreatic ducts.

Eggs of Opisthorchis spp. are 19-30 µm long by 10-20 µm wide and are often indistinguishable from the eggs of Clonorchis sinensis. The eggs are operculated and possess prominent opercular ‘shoulders’ and and abopercular knob. The eggs are embryonated when passed in feces. 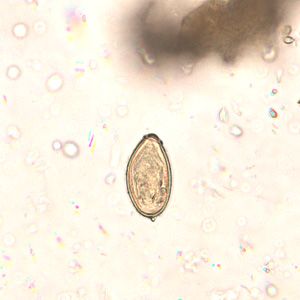 Figure A: Egg of O. viverrini in an unstained wet mount of concentrated stool. Image taken at 400x magnification. 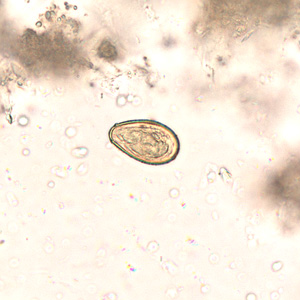 Figure B: Egg of O. viverrini in an unstained wet mount of concentrated stool. Image taken at 400x magnification 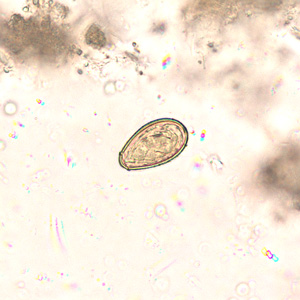 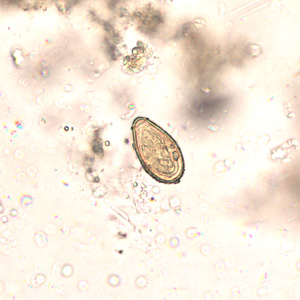 Adults of Opisthorchis spp. are similar to, but often smaller than, Clonorchis sinensis. Adults measure approximately 7 mm long by 1.5 mm wide in the human host (adults are slightly smaller in feline hosts). Adults of Opisthorchis spp. differ from adults of Clonorchis in the shape of the testes. The distribution of the vitelline glands is also different. Both genera are similar, however, in having a ventral sucker (acetabulum) smaller than the oral sucker. Adults reside in the bile ducts of the definitive host. 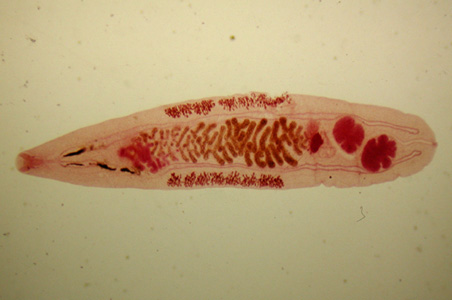 Figure A: Adult of O. felineus. Image courtesy of the Web Atlas of Medical Parasitology and the Korean Society for Parasitology. 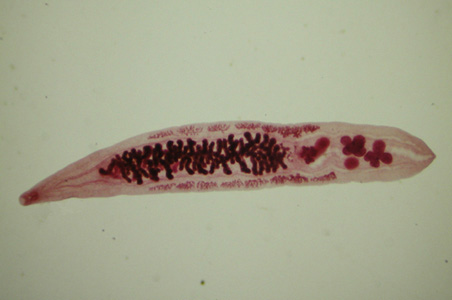 Figure B: Adult of O. viverrini. Image courtesy of the Web Atlas of Medical Parasitology and the Korean Society for Parasitology. 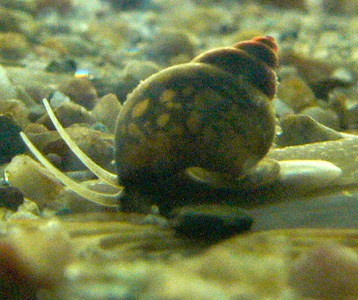 Diagnosis is based on microscopic identification of eggs in stool specimens. However, the eggs of Opisthorchis are practically indistinguishable from those of Clonorchis. The adult fluke can also be recovered at surgery.

Serologic testing is currently not available for Opisthorchis infection in the United States.

Treatment information for opisthorchis can be found at: https://www.cdc.gov/parasites/opisthorchis/health_professionals/index.html