Blood specimens were collected at night from members of a village in Myanmar endemic for lymphatic filariasis. Roughly one-third of the cases were symptomatic, with or without recurrent episodes of fever and various degrees of lymphedema. The objects in Figures A and B were observed on Giemsa-stained thick blood films from a few of the asymptomatic cases at 500x oil magnification; Figures C and D show close detail of the object in Figure B at 1000x oil magnification. The objects measured on average 200 micrometers in length. What is your diagnosis? Based on what criteria? 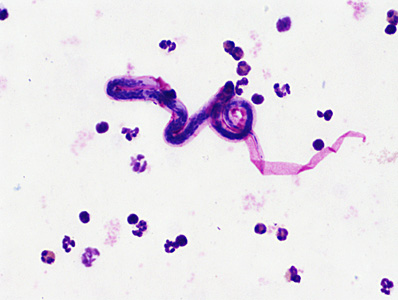 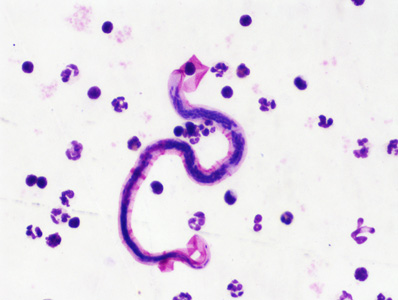 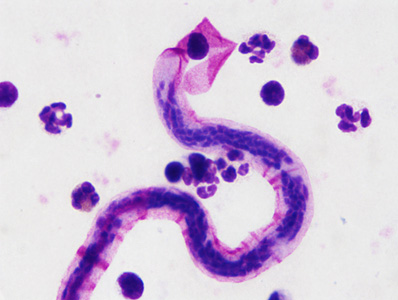 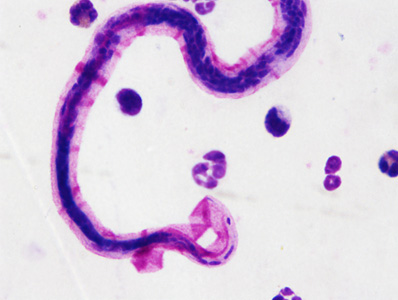 This was a case of lymphatic filariasis caused by Brugia malayi. Diagnostic morphologic features included: