The mother of a four-year-old autistic boy found a worm in her son’s stool while changing his diaper. The family lives on a farm in rural Iowa. The worm and a stool specimen were examined by the Iowa State Hygienic Laboratory, and the images sent to the DPDx Team for confirmation/identification of one or more parasites. Figure A shows the worm next to a ruler for size; Figures B shows a composite of two images that were taken with a dissecting microscope to highlight detail. Figures C– D show objects that were observed in the stool specimen; the larger in Figure C was approximately76 micrometers and the smaller objects (Figures C and D) ranged from 45–60 micrometers. The DPDx Team requested an aliquot of the stool specimen for further testing. The objects in Figures E and F, which measured 65 and 67 micrometers respectively, show what was observed by the DPDx Team. What is your diagnosis?  Based on what criteria? 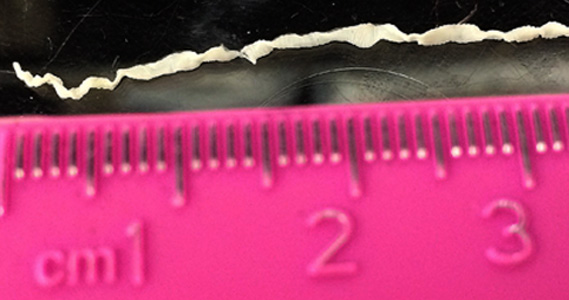 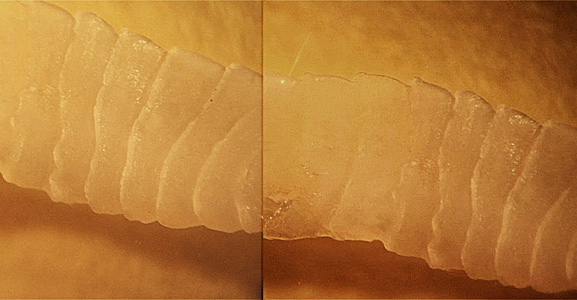 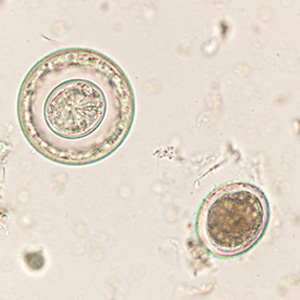 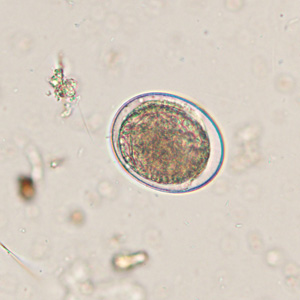 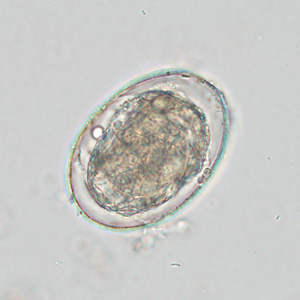 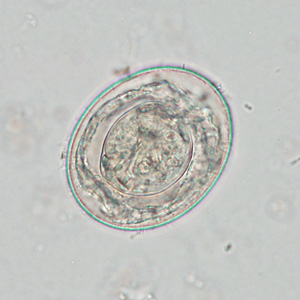 This was a case of hymenolepiasis caused by Hymenolepis diminuta (the rat tapeworm).  Diagnostic morphologic features shown in this case were:

It was concluded that the other objects in question were also eggs of H. diminuta in various stages of development, most likely from a ruptured proglottid.  A hooklet can be seen in the egg shown in Figure E and Figure F shows a more developed oncosphere with multiple hooklets visible. Despite the atypical morphology, these eggs were still too large to be those of H. nana.

This case and images were kindly provided by the Iowa State Hygienic Laboratory Coralville, IA.