A 31-year-old construction worker, who did some contract work in Ghana for nine months, sought medical attention a few days after his return to the U.S. for recurring fever and chills. Although advised to take antimalarial prophylaxis prior to his detail, he admitted that he was not compliant with taking them as prescribed. Smears were made as ordered by the attending physician and stained with a rapid stain routinely used by the laboratory. Figures A and B show what was observed on a thick smear; Figures C–I show what was observed on a thin smear. All images were captured at 1000x magnification with oil. What is your diagnosis? Based on what criteria? 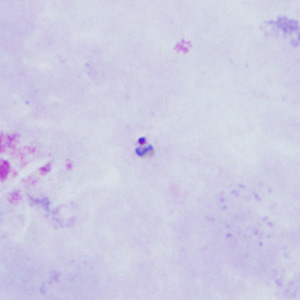 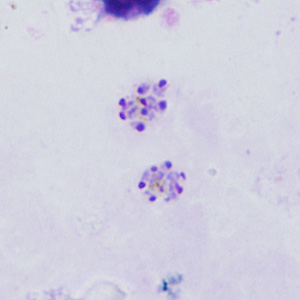 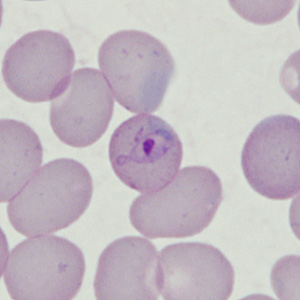 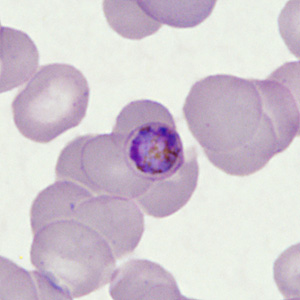 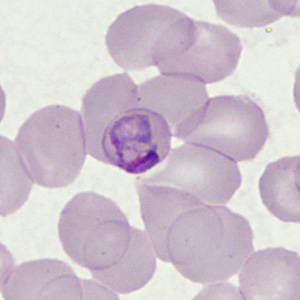 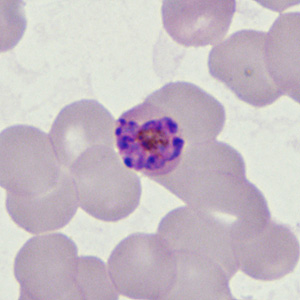 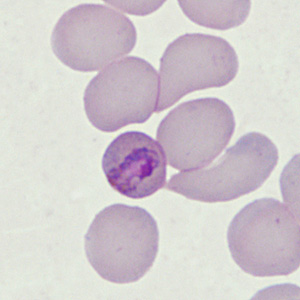 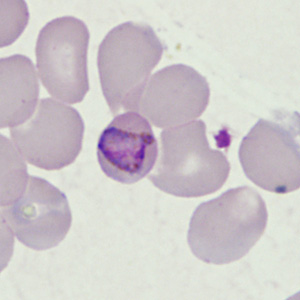 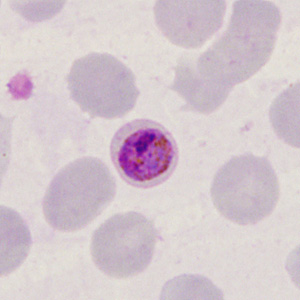 This was a case of malaria caused by Plasmodium malariae. Diagnostic morphologic features shown included: