A worm-like object approximately 11 mm in length was recovered from a PEG site (percutaneous endoscopic gastrostomy) of a 68-year-old patient and submitted to the state health department for identification. Digital images were taken using transmitted light and submitted to the DPDx Team for diagnostic assistance in identifying what they believed to be some type of fly larva (Figures A and B). After reviewing the images, the DPDx Team responded that it was a fly larva, but a more specific identification was not possible without observing the posterior spiracles. The larva was sent to the team for further testing.  Figure C shows the entire larva using both transmitted and reflected light; Figure D shows a close-up of the posterior spiracles.  What is your identification?  Based on what criteria? 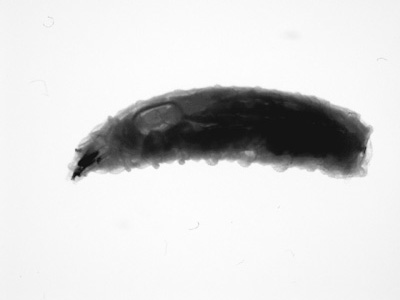 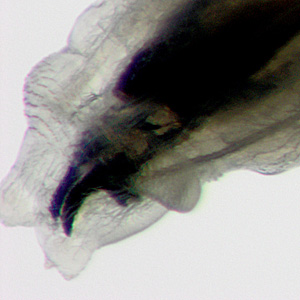 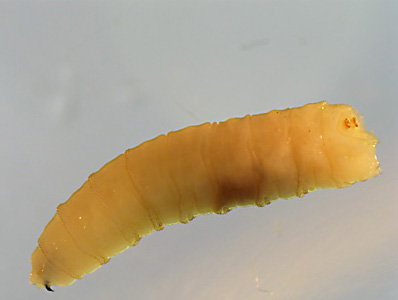 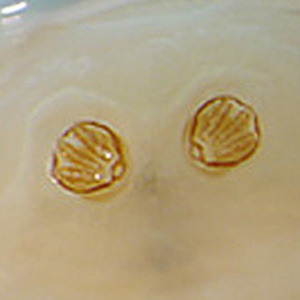 This was a case of facultative myiasis caused by Lucilia sp. (syn. Phaenicia sp.). Morphologic diagnostic features shown include: 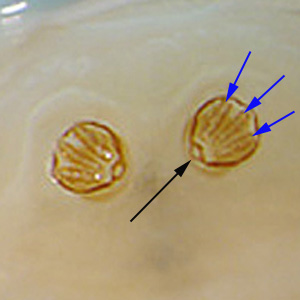 This case, and images in-part, were kindly provided by the Texas Dept. of State Health Services Laboratory.