A 39-year-old male, originally from Fiji, presented to a hospital in Pohnpei, Federated States of Micronesia (FSM) with fever, chills, and head and body aches. Blood work-up revealed a normal platelet count, but a low WBC count and raised ALT and creatine. Serologic testing for leptospirosis was negative. It was later learned that approximately five days before arriving in the FSM, the patient had spent nearly a month in the Solomon Islands. Smears were then made from blood collected in EDTA and stained with a rapid stain and examined microscopically. Images were captured and sent to the DPDx Team for diagnostic assistance. Figures A-D show four of the images. What is your diagnosis? Based on what criteria? 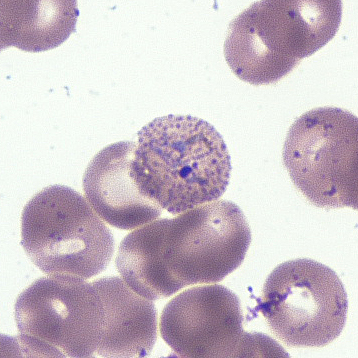 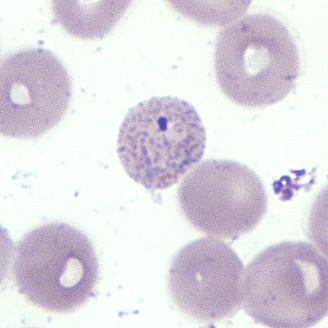 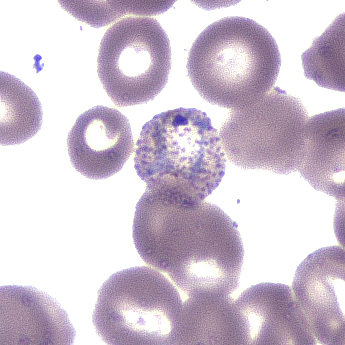 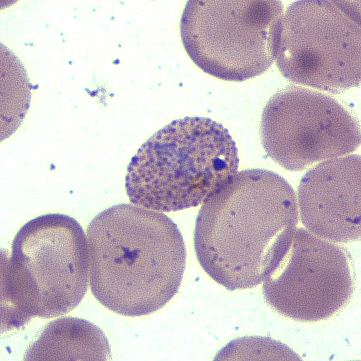 The travel history was also supportive, as P. vivax is documented from the Solomon Islands. When this patient first presented to the hospital, doctors initially suspected leptospirosis, based on the clinical manifestations. Malaria was not originally in the differential as human transmission of Plasmodium does not occur in Fiji or the FSM. It was only after the patient’s recent travel to the Solomon Islands was revealed that the possibility of malaria was considered. This case helps to emphasize the importance of getting complete travel history on patients.

This case and images were kindly provided by the FSM Department of Health and Social Affairs, Pohnpei, FSM.