A 45-year-old man with travel history to Ghana presented to his health care provider with recurrent fever and chills. He admitted to not taking any kind of malaria prophylaxis during his travels. Blood smears were prepared, stained with Wright’s stain, and examined. The laboratory initially reported Plasmodium falciparum but requested confirmation from a reference laboratory, so the slides and EDTA blood were sent to the CDC-DPDx for diagnostic assistance. Figures A–I show what was found on one of the stained thin smears. What is your diagnosis? Based on what criteria? What, if any, other tests would you recommend? 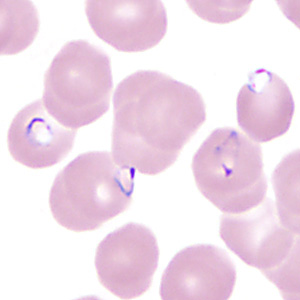 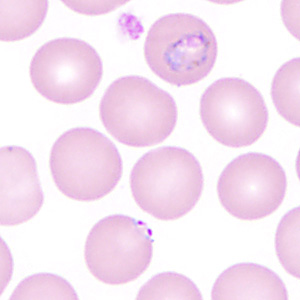 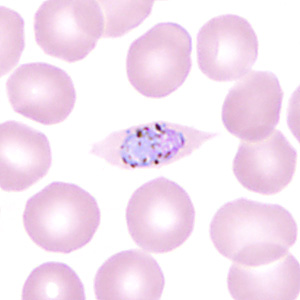 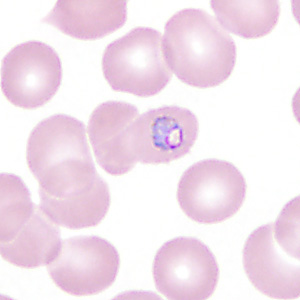 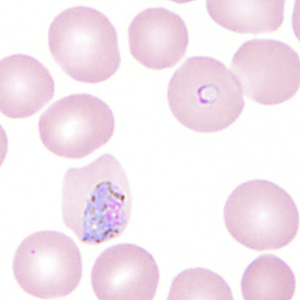 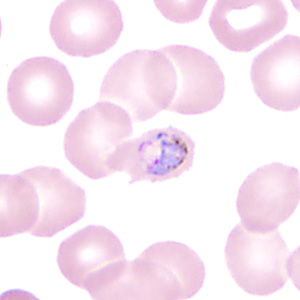 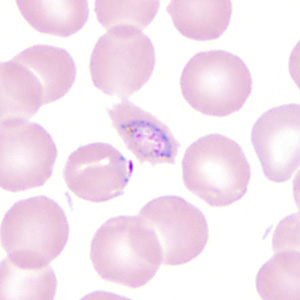 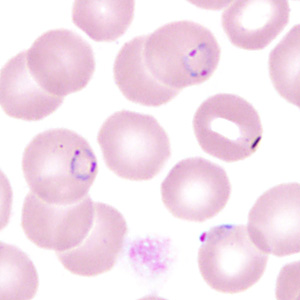 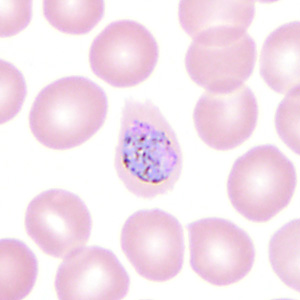 This was a case of malaria caused by two species of Plasmodium, P. falciparum and P. ovale. Diagnostic features:

Real-time PCR was performed on the EDTA blood and confirmed a mixed infection with the two species of Plasmodium. It should be noted that blood smears stained with Wright’s or Wright-Giemsa often may not show Schüffner’s stippling, and that other morphologic features may still be used to make a species-level identification. PCR should always be used when there is morphologic evidence of a mixed infection.