A state health laboratory received Wright-stained blood films for malaria confirmation and identification. The patient had most-recently traveled to Pakistan (but had been in the U.S. for the past nine months without additional international travel). The following day, the state health lab received additional blood films on the same patient, but from a different hospital. In this second set of specimens, the slides were stained with Giemsa. Images from both sets were captured and sent to the CDC-DPDx for diagnostic assistance. Figures A–E were from the earlier specimen stained with Wright stain; Figures F–I were from the later specimen stained with Giemsa. What is your diagnosis? Based on what criteria? 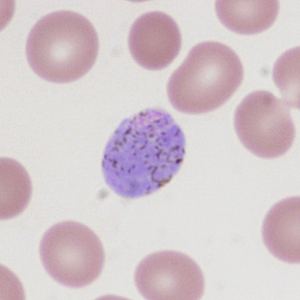 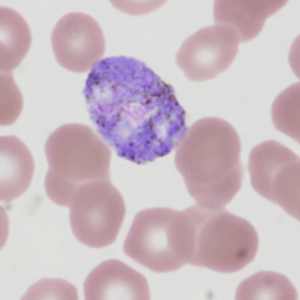 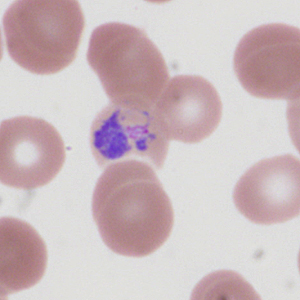 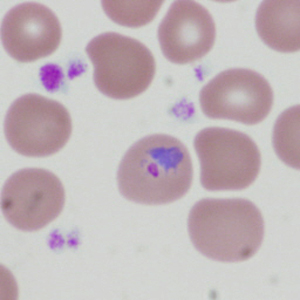 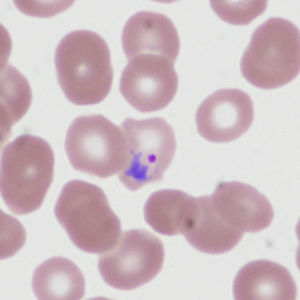 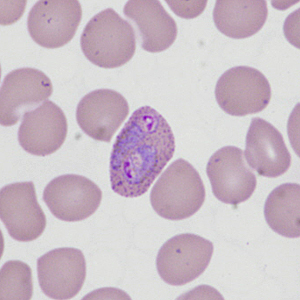 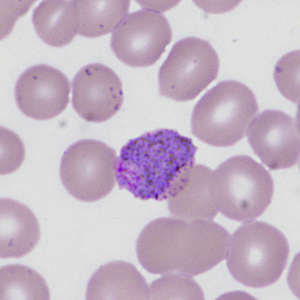 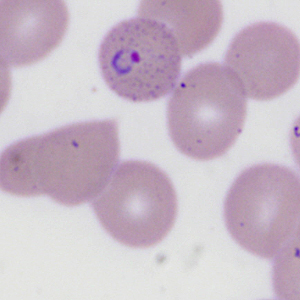 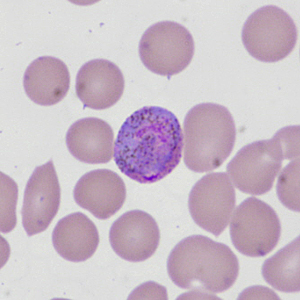 This case and images were kindly provided by the Missouri State Health Lab, Jefferson City, MO.