A 36-year-old man sought medical attention for sharp recurring episodes of fevers, night sweats, loss of appetite and weight-loss. He was HIV-positive but was currently on medication. He had been working in Liberia for some time and reported that he had taken malaria prophylaxis. A bone marrow aspirate was obtained due to his HIV status to evaluate its productive capacity. Smears were prepared from the aspirate, stained with Wright-Giemsa and examined microscopically. It was noted by the attending pathologist that the aspirate was diluted with peripheral blood and appeared to be positive for malarial parasites. The aspirate smears were forwarded to the DPDx Team for diagnostic assistance. The objects in Figures A–D were observed by CDC microbiologists. What is your diagnosis? Based on what criteria? 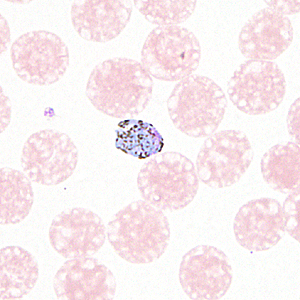 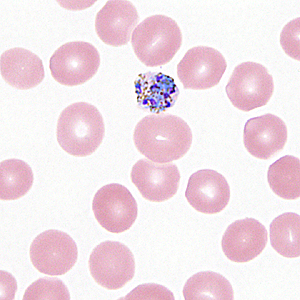 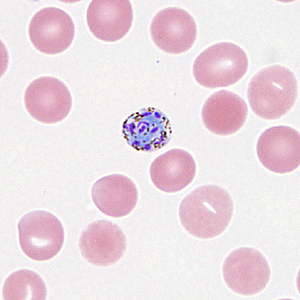 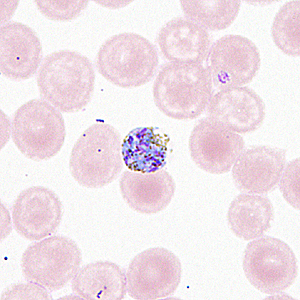 This was a case of malaria cause by Plasmodium malariae. Morphologic features included: