A 41-year-old woman from the Amazon region of Brazil presented at a local hospital with fever, chills, and myalgia. The health care provider ordered thick and thin blood smears to be made for routine parasitological examination. The blood smears were stained with Giemsa and examined using 1000x oil immersion. Figures A–C show what was observed on the thick smear; Figures D–I show what was observed on the thin smear. What is your diagnosis? Based on what criteria? 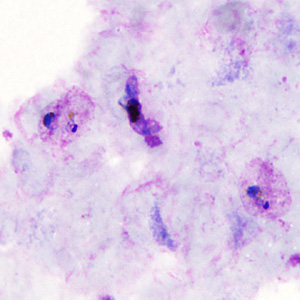 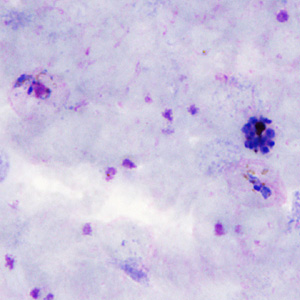 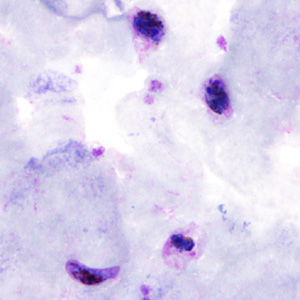 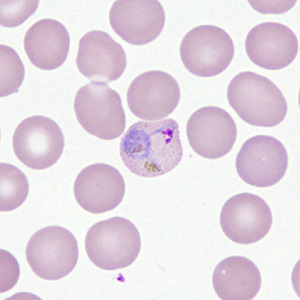 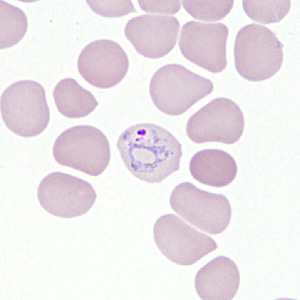 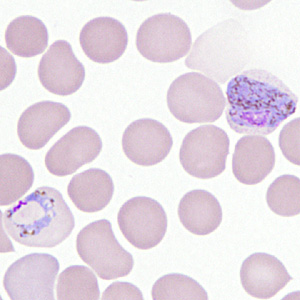 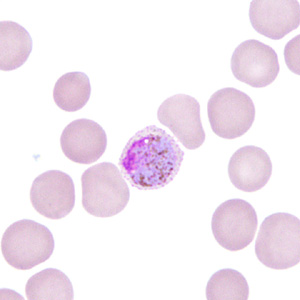 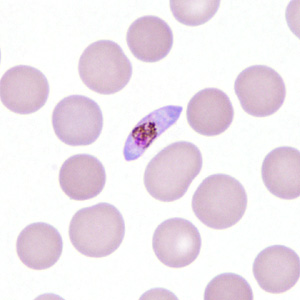 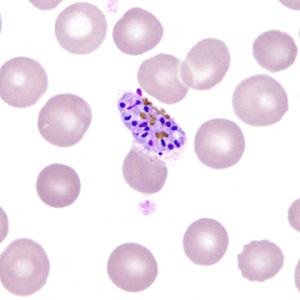 The specimen, from which images were taken, was kindly provided by the Instituto Evandro Chagas, Belem, Brazil.