A hospital laboratory sent a tube of EDTA blood and Wright-Giemsa stained blood smears (thick and thin) to the DPDx Team for malaria confirmation/identification. No travel history was available. Figures A–C show what was observed on the thick smear; Figures D–I show what was observed on the thin smear. What is your diagnosis? Based on what criteria? What additional testing, if any, would you recommend? 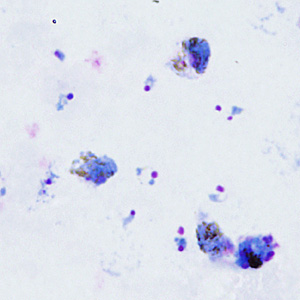 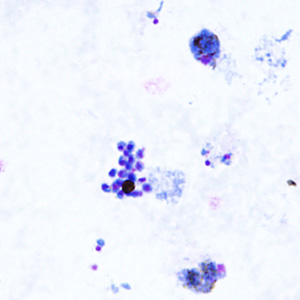 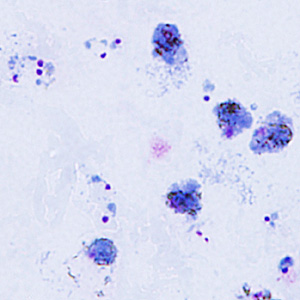 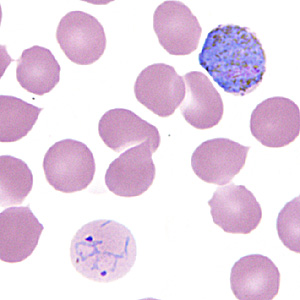 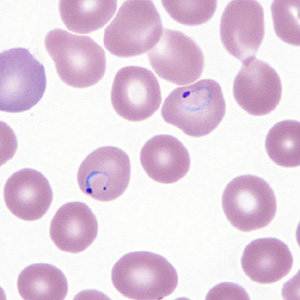 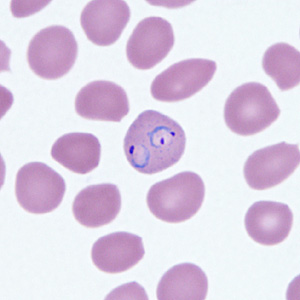 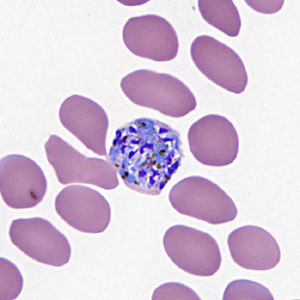 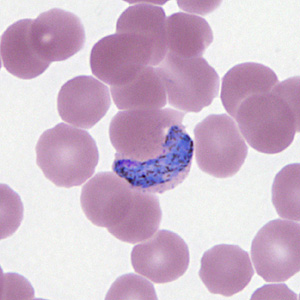 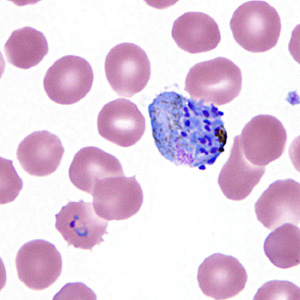 The morphologic features shown in some of the figures (especially the ring-form trophozoites) were suggestive of a mixed infection with Plasmodium falciparum. The pleomorphic gametocyte in Figure H was suggestive of a gametocyte of P. falciparum. However, the pigment was fine and dispersed and Schϋffner’s stippling can be seen in the host RBC. Also shown was an infected red blood cell that contained both a gametocyte and a schizont (Figure I). This can occur when two trophozoites infect a single red blood cell but one develops into a gametocyte and the other a schizont. Conventional (nested) PCR was performed on the EDTA blood in this case and it was demonstrated that only P. vivax was present.