A 33-year-old woman, who had traveled to Togo and Benin for two weeks, developed fever, chills, and rigors within three days after returning to the U.S. She sought medical attention at a local hospital where she provided her travel history and explained that she did not take malaria prophylaxis due to lost baggage between countries during travel. Blood smears were ordered, stained with Giemsa, and examined at 1000x oil magnification. Figures A– B show what was found on a thick smear; Figures C–F show what was observed on a thin smear. What is your diagnosis? Based on what criteria? 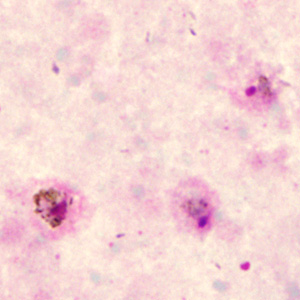 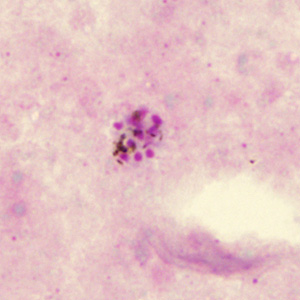 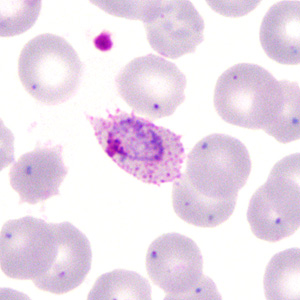 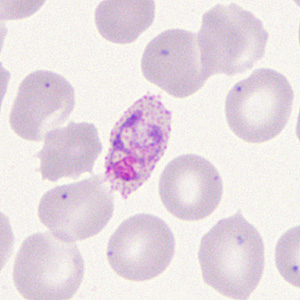 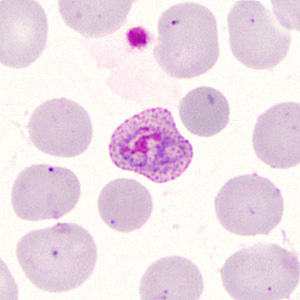 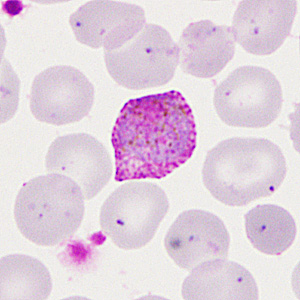 This was a case of malaria caused by Plasmodium ovale. Diagnostic features shown in the images included:

Figures A and B, taken from the thick film, show trophozoites and a gametocyte (Figure A) and an immature schizont (Figure B).