The DPDx Team received stained stool smears from the Vermont Department of Health Laboratory for Entamoeba identification. The patient was a 12-year-old refugee from Myanmar who had also traveled to Malaysia. The patient’s stool had been collected in sodium acetate-acetic acid-formalin (SAF) and sent to the state laboratory for processing. Figures A–F show what was observed at 1000x magnification on a smear stained with iron hematoxylin. What is your diagnosis? Based on what criteria? 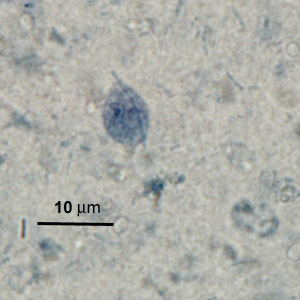 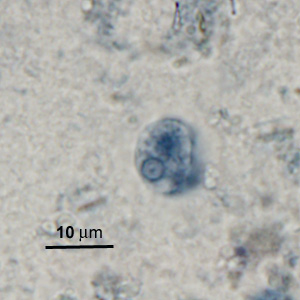 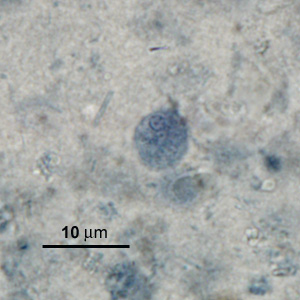 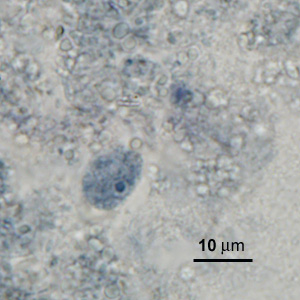 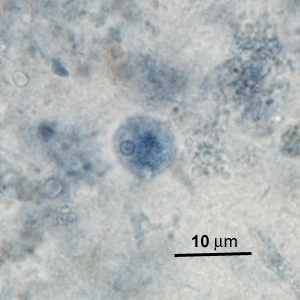 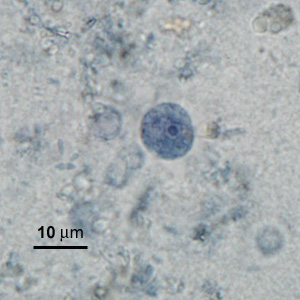 Although these three species are generally considered nonpathogenic, they should be reported in all routine ova-and-parasite (O&P) examinations. Their presence in stool could indicate fecal contamination of a food or water source and does not rule-out the presence of a true pathogen.

This case, and the specimen from which images were taken, are courtesy of the Vermont Department of Health Laboratory.