A 68-year-old man underwent a routine colonoscopy at a local V. A. Medical Center. He had no complaints of illness but had recently traveled to Ethiopia. A worm-like object measuring approximately 30 millimeters in length was observed and recovered. Figures A and B show the whole worm viewed with a dissecting microscope. Figures C and D show what was observed using a compound microscope at 200x magnification. What is your diagnosis? Based on what criteria? 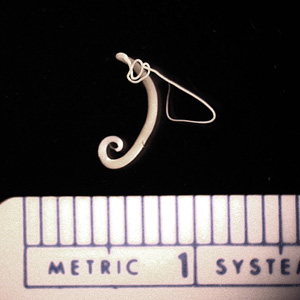 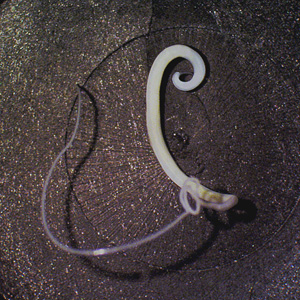 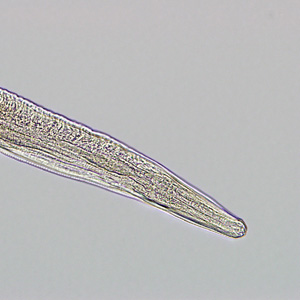 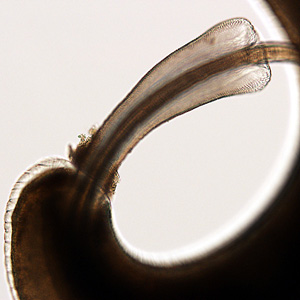 This was a case of trichuriasis caused by Trichuris trichiura, also known as the human whipworm. Diagnostic features included a short, thick posterior end and a long, slender, whip-like anterior end (Figures A and B). The coiled posterior end and the presence of a spicule (best seen in Figure D) indicate the specimen was a male. It was unknown at the time whether or not this was a single-worm or unisex worm case, but it should be noted that eggs may not be present during routine ova-and-parasite (O&P) examinations in such cases.

This case and the specimen from which images were taken are courtesy of the Philadelphia V. A. Medical Center.