A 30-month-old child born in China was recently adopted by a family in the Netherlands. Three consecutive stool specimens were obtained for ova and parasite (O&P) testing, as part of the standard procedure during child adoption. There were no complaints. A formalin-ethyl acetate concentration and a water sedimentation method were performed. The following figures show what was observed on a wet mount prepared from the concentrate. Figure A–C were taken at 400x magnification; Figure D at 630x magnification. The objects were seen in moderate numbers in each concentrate and in all three stool specimens. The objects in Figure A measured approximately 24 to 37 micrometers. The objects in Figures B–D measured 73 to 85 micrometers in length by 44 micrometers in width. What is your diagnosis? Based on what criteria? 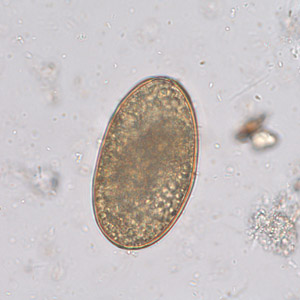 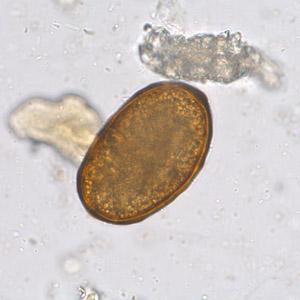 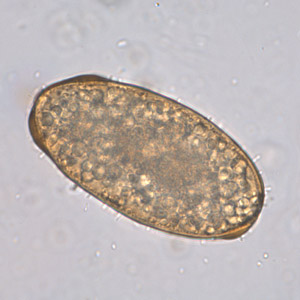 This case and images were kindly provided by The Leiden University Medical Center, The Netherlands.