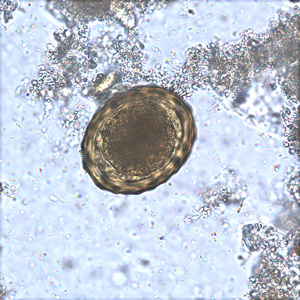 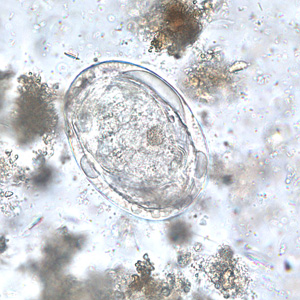 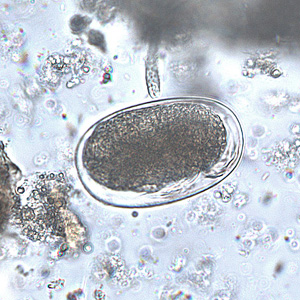 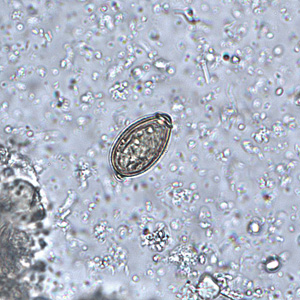 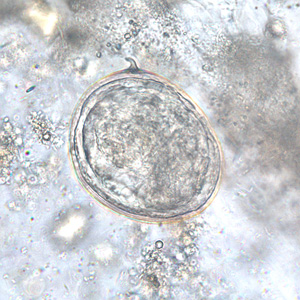 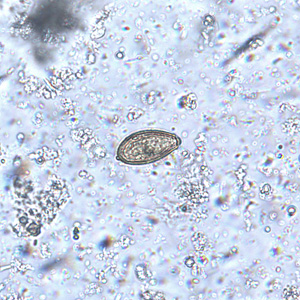 This case represented mixed infections of ascariasis caused by Ascaris lumbricoides (Figure A), schistosomiasis caused by Schistosoma japonicum (Figures B and D), and opisthorchiasis caused by Opisthorchis viverrini (Figures D and F). The object in Figure C was an artifact (mite egg). Diagnostic features for each species included: 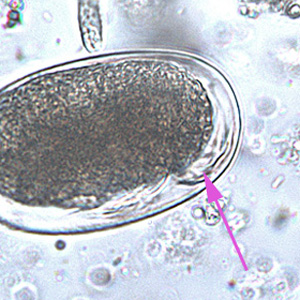 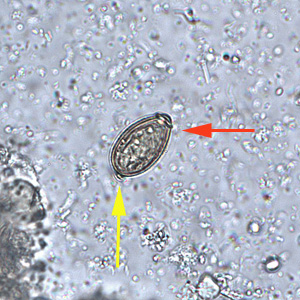 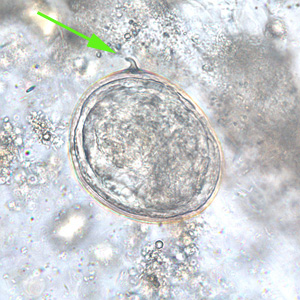 This case demonstrated a variety of helminth infections that can be acquired in the geographic area traveled by the patient. Figure A showed a fertile egg of Ascaris lumbricoides, one of the most common helminth infections in the world. The presence of Ascaris eggs in stool is often accompanied by other species of helminths. Figures B and E showed eggs of Schistosoma japonicum. Although the lateral spine can only be seen in the egg in Figure E, the developing miracidium can be seen in both eggs. Figures D and F showed the eggs of the liver fluke, Opisthorchis viverrini. Although the size range presented in the case is a little small for the related Clonorchis sinensis, the eggs of the two genera are often indistinguishable. The mite egg shown in Figure C morphologically resembles, and is in the size range for, a hookworm egg. However, the presence of developing legs (pink arrow, Figure C) ruled-out hookworm.