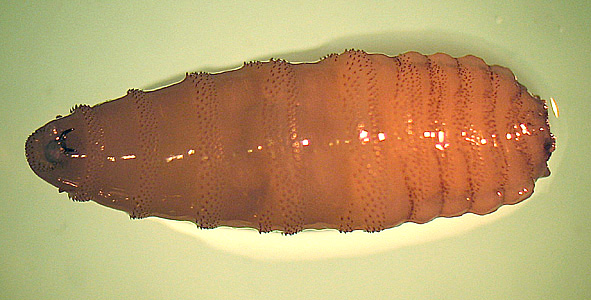 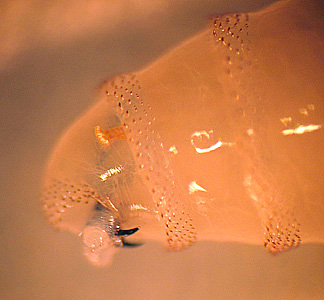 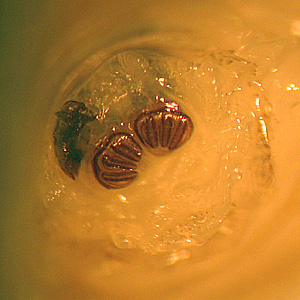 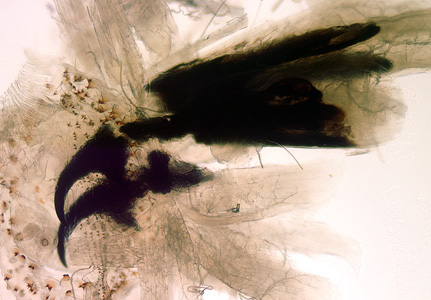 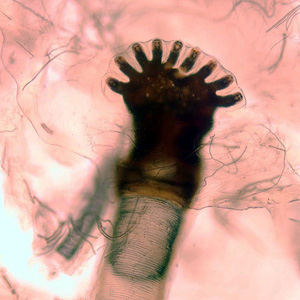 This was a case of myiasis caused by the New World screwworm fly, Cochliomyia hominovorax. Diagnostic features were: 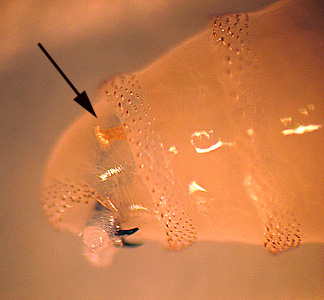 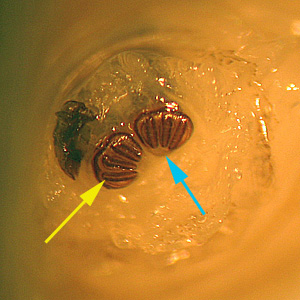 Cochliomyia hominovorax is the primary screwworm fly in the New World. Larvae are obligate parasites of living flesh in humans and other mammals. Human cases are not common but may be seen in regions where livestock is tended. Females oviposit on or near pre-existing wounds or on mucous membranes just inside the nose or mouth. Larvae feed subdermally and may cause extensive tissue damage. Human deaths have occurred from tissue destruction. Human cases have been drastically reduced in the United States and Mexico by a sterile male release program. Females mate only once, so mating with a sterile male ensures the next generation will not happen.