Wright-Giemsa stained blood smears and EDTA blood were sent for confirmatory diagnosis to the CDC from a Public Health Laboratory. The specimens were from a 46-year-old woman, but no travel history was available. Image A was captured from a stained thick smear; images B, C, and D were captured from a stained thin smear. All images were taken at 1000x magnification. What is your diagnosis? Based on what criteria? What other testing, if any, would you recommend? 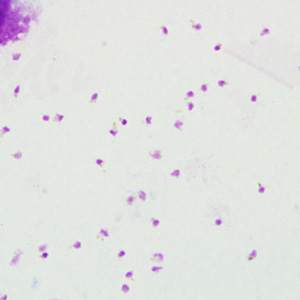 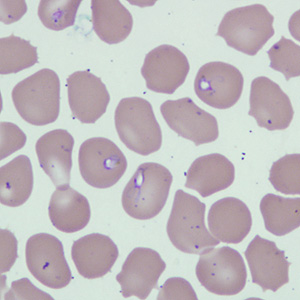 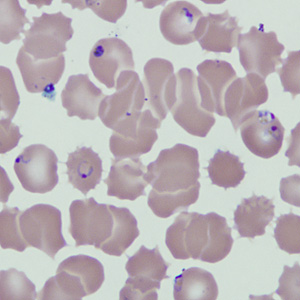 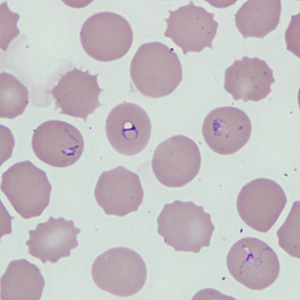 This was a case of malaria caused by Plasmodium sp. The morphological diagnostic features of this case included:

The parasites had vacuoles and the cytoplasm appeared pleomorphic, which are both diagnostic features of Babesia. However, it was later confirmed that the smears were not made in a timely manner from an EDTA blood specimen. This case stresses the fact that blood smears must be made as soon as possible, if a finger stick is not practical, to insure that an accurate diagnosis can be made. Because EDTA blood was provided with the smears, PCR analysis was performed and it was determined that Plasmodium falciparum was the only species present.