Five hunters spent a weekend in a cabin in the Northeastern United States. One of the hunters, who slept in a sleeping bag on the floor of the cabin, awoke in the morning with a rash on various parts of his body (Figure A). Because the area was endemic for Lyme disease, public health officials wanted to search for the tick vector. Arthropods (Figures B and C) found under a rug in the cabin were collected and sent to the state public health laboratory for identification. What is your diagnosis? Based on what criteria? 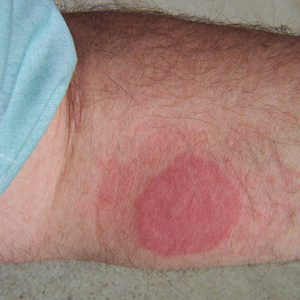 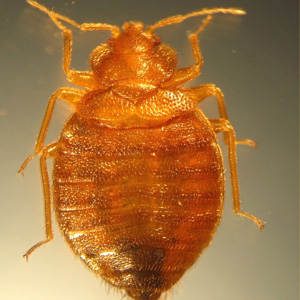 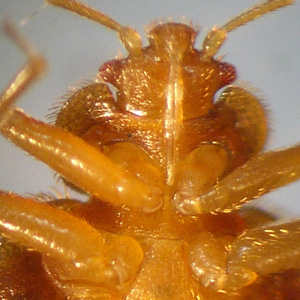 This was a case of bed bug infestation caused by Cimex lectularius (Insecta: Hemiptera: Cimicidae). Diagnostic features were: 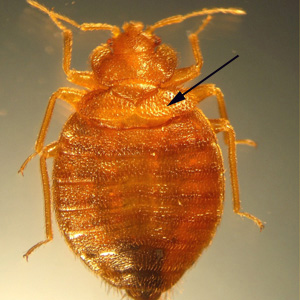 There are several species in the genus Cimex. The two most common species that feed on humans are C. lectularius and C. hemipterus, the latter of which is more common in tropical parts of the world. Bed bugs are nocturnal blood-sucking ectoparasites. By day, they usually hide in cracks, crevices, or under mattresses and rugs, etc. Humans are frequently bitten during the night as they sleep. Although bed bugs have been found naturally infected with a variety of bloodborne pathogens, they are not considered effective vectors for disease. The primary medical concern is the inflammatory response to their bites.

These images were kindly contributed by Dr. Harold Harlan and the Armed Forces Pest Management Board.