A request for confirmation of an identification was submitted to DPDx Telediagnosis Assistance. Figures A and B were captured from a hematoxylin and eosin (H & E) stained histological section of a liver abscess found during an autopsy. The patient had a travel history to Sri Lanka. What is your diagnosis? Based on what criteria? 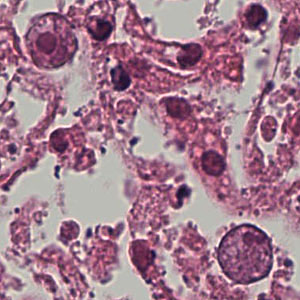 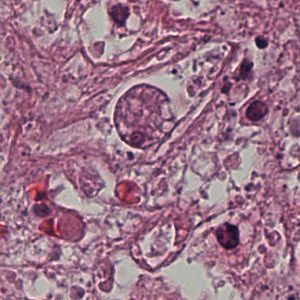 This was a case of invasive extraintestinal amebiasis caused Entamoeba histolytica. Diagnostic features were: 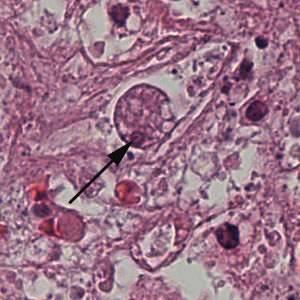 In addition to finding organisms in tissue, antigen detection or molecular testing should be considered for a confirmatory diagnosis.

This case was kindly contributed by the Oregon State Public Health Laboratory.