The trematode Dicrocoelium dendriticum, the lanceolate fluke or lancet fluke, is a common parasite of ruminants but humans can be accidental definitive hosts. Another species, D. hospes, is responsible for human infections in West Africa. 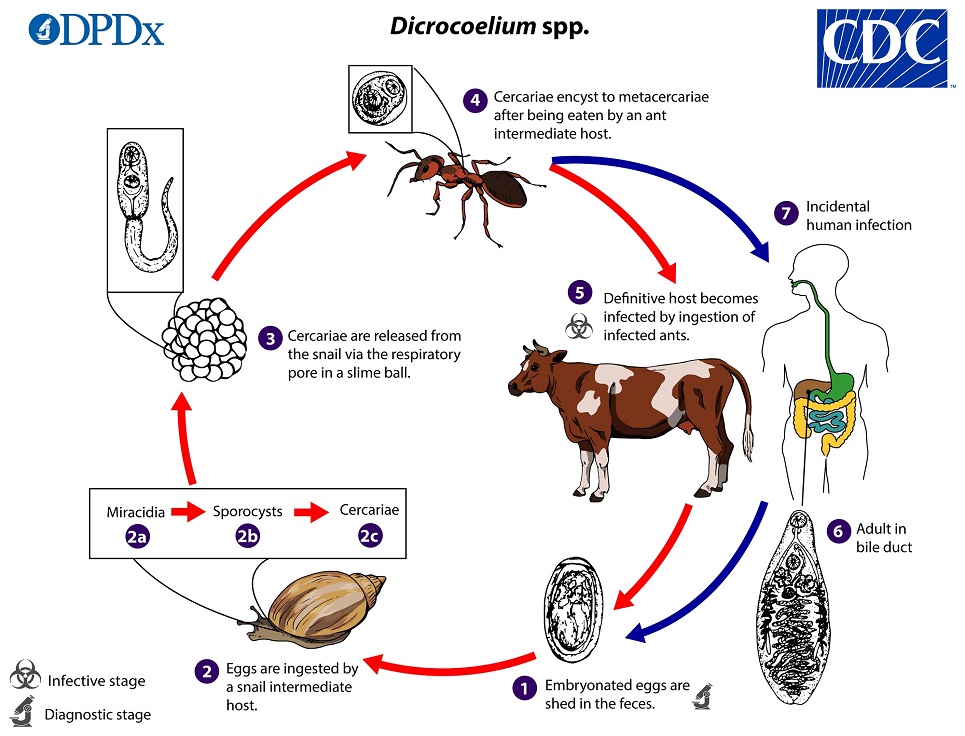 Embryonated eggs containing miracidia are shed in feces of definitive hosts, which are typically ruminants

. The eggs are then ingested by the first intermediate host (snail)

. When the miracidia hatch

, they migrate through the gut wall and settle into the adjacent vascular connective tissue, where they become mother sporocysts

. Cercariae migrate to the respiration chamber where they are shed in slime ball from the snail

. After a slime ball is ingested by the second intermediate host (ant), the cercariae become free in the intestine and migrate to the hemocoel where they become metacercariae

. When the infected ant is eaten by a suitable definitive host

, the metacercariae excyst in the small intestine. The worms migrate to the bile duct where they mature into adults

Ruminants, especially cattle and sheep, are the normal definitive hosts of Dicrocoelium spp. Apart from humans, aberrant infections have been identified in various non-human primate species and domestic dogs.

First intermediate hosts include a wide variety of air-breathing land snail species, such as those in the genera Cochlicopa (=Cionella), Helix, Xerolenta (=Helicella), and Zebrina. Many different types of ants can serve as second intermediate hosts, especially members of the genus Formica.

Dicrocoelium dendriticum is present in definitive hosts throughout Europe, Asia, and North Africa, and can be found sporadically in North America. Most of the known clinical cases have occurred in North Africa and the Middle East. D. hospes is endemic in sub-Saharan West Africa; cases have been documented in Ghana, Senegal, Sierra Leone, and Mali.

Most infections involve low numbers of flukes and are not associated with overt symptoms. In more intense infections, symptoms may include cholecystitis, liver abscesses, and generalized gastrointestinal/abdominal distress. Occasional cases involving flukes in subcutaneous masses have been reported.

Eggs of Dicrocoelium dendriticum are operculated and measure 35-45 µm long by 20-30 µm wide. The eggs are thick-shelled and usually dark brown in color. Eggs are fully embryonated when shed in feces. 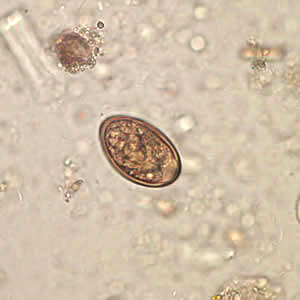 Figure A: Egg of Dicrocoelium dendriticum in an unstained wet mount of stool. Image courtesy of Dr. Juan Cuadros González. 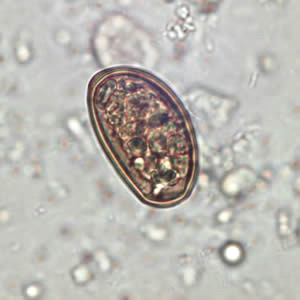 Figure B: Egg of Dicrocoelium dendriticum in an unstained wet mount of stool. Image courtesy of Dr. Juan Cuadros González. 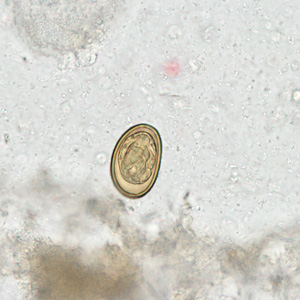 Figure C: Egg of D. dendriticum in an unstained wet mount of stool. 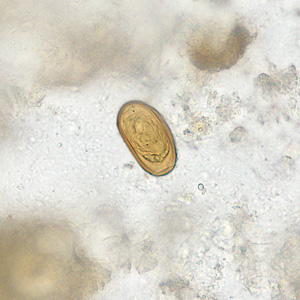 Figure D: Egg of D. dendriticum in an unstained wet mount of stool.

Adults of Dicrocoelium spp.are flattened and taper at both the anterior and posterior ends. The paired testes lie just behind the anteriorly-located ventral sucker (acetabulum). The ovary is small and located behind the testes. Adults reside in the bile ducts of the definitive host. 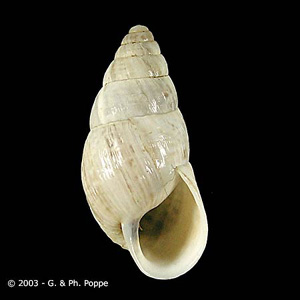 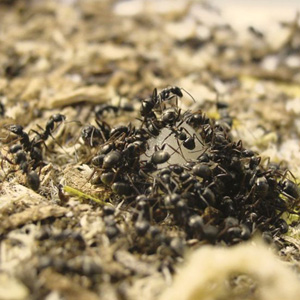 Diagnosis is based on microscopic identification of eggs in the stool, duodenal, and/or bile fluid. Note that eggs may be detected in stool following consumption of liver infected with adult flukes; additional specimens should be collected to distinguish this spurious passage from a true infection. Adult flukes are rarely recovered.

Standard protocols for the processing of stool specimens apply. Dicrocoelium spp. eggs are not infectious to humans.