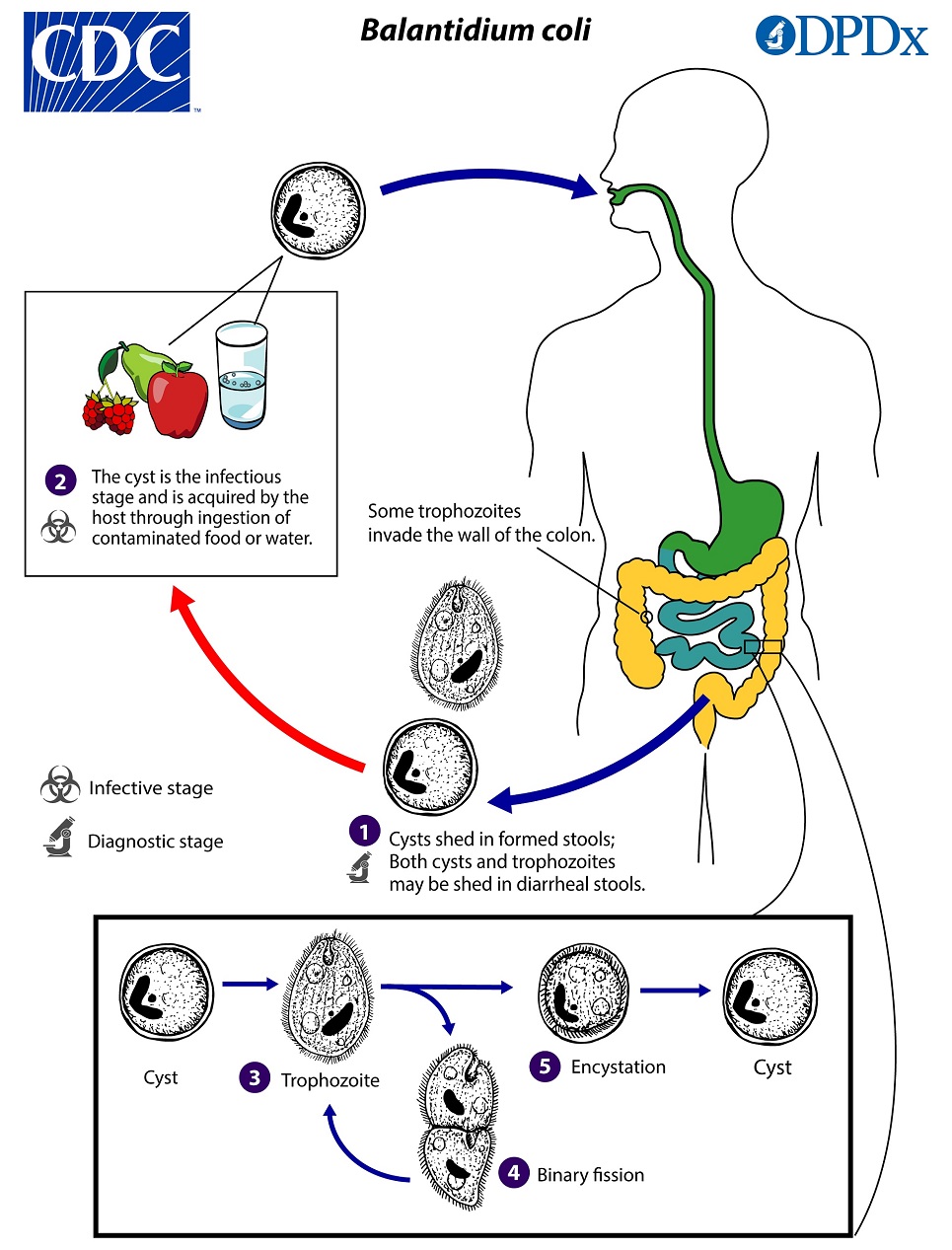 Swine are the primary reservoir hosts. Humans can also be reservoirs, and other potential animal hosts include rodents and nonhuman primates.

Balantidium coli occurs worldwide. Because pigs are the primary reservoir, human infections occur more frequently in areas where pigs are raised and sanitation is inadequate.

Most cases are asymptomatic. Clinical manifestations, when present, may be acute or chronic with abdominal symptoms. Complications of associated diarrhea or dysentery can occur in protracted infections. Symptoms may be severe or fatal in debilitated/immunocompromised persons.

Both Balantidium coli trophozoites and cysts may be shed in stools. Both stages may occur in diarrheal stools, and usually only cysts are observed formed stools. Trophozoites are characterized by: their large size (40 µm to 200 µm), the presence of cilia on the cell surface, a cytostome, and a bean shaped macronucleus which is often visible and a smaller, less conspicuous micronucleus. Cysts are seen less frequently and range in size from 50 µm to 70 µm. B. coli trophozoites can also invade tissue. 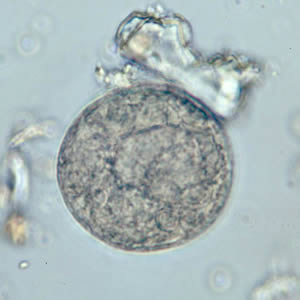 Figure A: B. coli cyst in a wet mount, unstained. 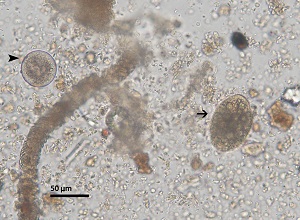 Figure B: B. coli cyst (dart) and trophozoite (arrow) in the same field, from a primate fecal sample.
Balantidium coli trophozoites. 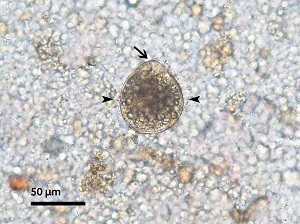 Figure A: B. coli trophozoite in a primate fecal sample. Note the prominent groove of the cytostome (arrow), cilia (darts), and starch granules within the cell. 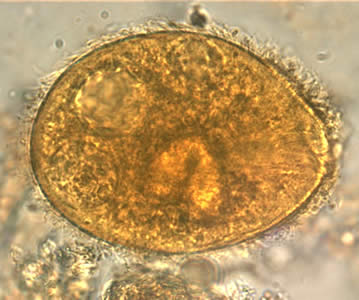 Figure D: B. coli trophozoite in a wet mount, 1000× magnification. Note the visible cilia on the cell surface. Image contributed by the Oregon Public Health Laboratory. 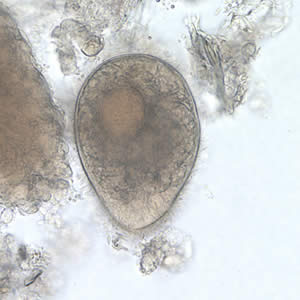 Figure B: B. coli trophozoite in a wet mount, 500× magnification. Note the visible cilia on the cell surface. 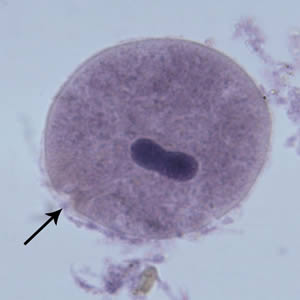 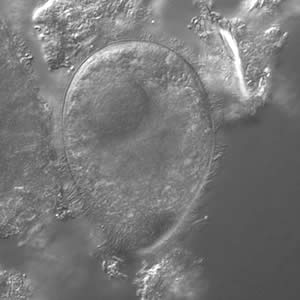 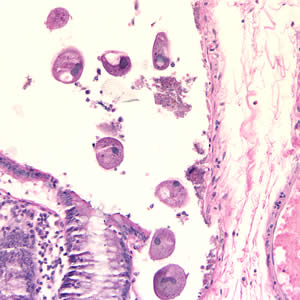 Figure A: B. coli trophozoites in colon tissue stained with hematoxylin and eosin (H&E) at 200x magnification. 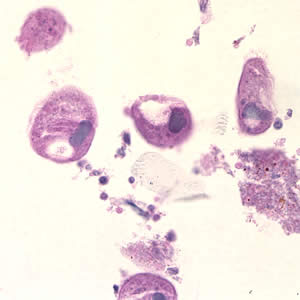 Figure B: B. coli trophozoites in colon tissue stained with hematoxylin and eosin (H&E) at 400x magnification.

Diagnosis is based on detection of trophozoites in stool samples from symptomatic patients or in tissue collected during endoscopy. Cysts are less frequently encountered, and are most likely to be recovered from formed stool. Balantidium coli is passed intermittently and once outside the colon is rapidly destroyed. Thus stool specimens should be collected repeatedly, and immediately examined or preserved to enhance detection of the parasite; concentration via sedimentation or flotation can increase the probability of recovery. Lugol’s iodine is sometimes used for staining, but may obscure internal morphological features.

Standard protocols  apply for the processing of stool samples. Precautions (e.g., PPE, use of a biosafety cabinet) should be taken to avoid accidental exposure to cysts in unfixed stool specimens, as these may be potentially infectious to laboratory personnel.