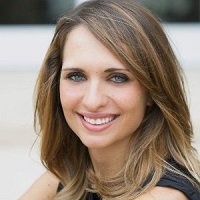 Stephanie C. Melkonian, PhD is an epidemiologist in the Division of Cancer Prevention and Control’s Epidemiology and Applied Research Branch. She joined CDC in the fall of 2017 in the Albuquerque, New Mexico office, where her work will focus on cancer surveillance and cancer control programs in American Indian/Alaska Native populations.

Dr. Melkonian received her PhD training in Cancer and Genetic Epidemiology from the University of Chicago, Department of Public Health Sciences where she gained experience in genome-wide association studies of cancer etiology and evaluation of environmental exposures in international populations.

Prior to joining CDC, Dr. Melkonian was a postdoctoral fellow at the University of Texas MD Anderson Cancer Center, where she received the R25T Cancer Prevention Research Training Program Fellowship (NCI/MD Anderson Cancer Center). Her research focused primarily on the role of nutrition, obesity, and physical activity in cancer risk. She has authored several papers that evaluated independent associations between diet and renal cell carcinoma and lung cancer, and gene-environment interactions between diet and genetic susceptibility factors related to these cancers. Two of her publications have received media attention and were featured on multiple news outlets including National Public Radio and NBC Nightly News. She has been lead author and co-author on a range of publications and has presented her work at several national conferences.

In her position, Dr. Melkonian will continue ongoing efforts to comprehensively and accurately describe data regarding cancer incidence and mortality in the American Indian/Alaska Native (AI/AN) population. Her most recent work has focused on regional variation in rates of liver and gastric cancers as well as cancers associated with human papillomavirus. She will continue to focus her efforts on cancer surveillance and cancer control efforts in AI/AN populations. Dr. Melkonian will direct her efforts toward understanding cancers that disproportionately burden AI/AN populations in the United States and how these disparities can be addressed through accessible and targeted intervention, prevention, and screening programs for this underserved population.

The most recent articles Dr. Melkonian has first-authored include—