Support for the Cancer Moonshot 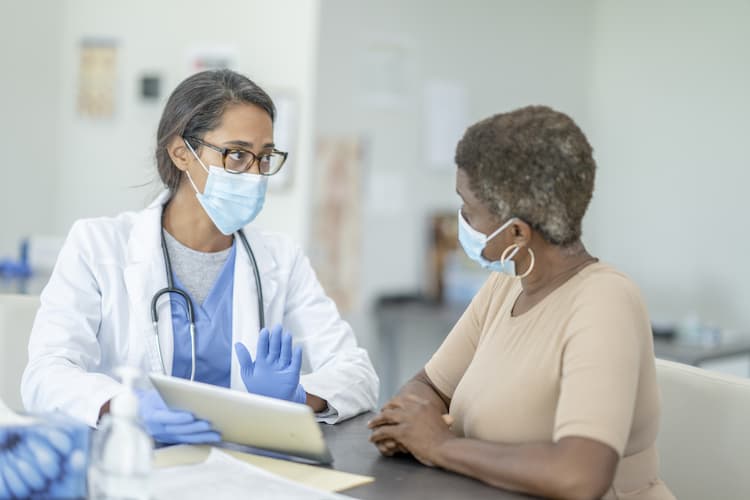 On June 29, 2016, Vice President Joe Biden convened a National Cancer Moonshot Summit [PDF-516KB] as part of a day of action that included more than 270 events across the United States. As CDC’s principal deputy to the Cancer Moonshot Task Force, Dr. Lisa Richardson, Director of CDC’s Division of Cancer Prevention and Control, gave introductory remarks to a gathering of about 200 people at Northside Hospital in Atlanta. In conjunction with the summit, the vice president announced new public- and private-sector actions to drive progress toward ending cancer.

On February 2, 2022, President Biden reignited the Cancer Moonshot. Its new goals are to cut the cancer death rate in half over the next 25 years and to help cancer survivors and their families. The announcement includes “a call to action on cancer screening to jumpstart progress on screenings that were missed as a result of the pandemic.”

For more than 30 years, CDC has led national public health efforts to prevent cancer and find cancer early, when treatment is more likely to work. CDC is supporting the Cancer Moonshot by finding ways to end cervical cancer faster.

CDC’s National Breast and Cervical Cancer Early Detection Program provides breast and cervical cancer screenings and diagnostic services to women who have low incomes and are uninsured or underinsured. By 2035, CDC has set a goal to screen more women who have never been screened or are overdue for screening.

CDC’s Inside Knowledge campaign addresses myths, stigma, and other barriers that prevent women from seeking cervical cancer screening, as well as care for other gynecologic cancers.

Addressing Missed and Delayed Screening Due to the COVID-19 Pandemic

At the beginning of the pandemic, screening for breast, colorectal, and cervical cancers dropped more than 80%. Screening numbers have recovered, but many people still have not returned for care. Because of these missed screenings, many cancers may be found at a later stage, when they are harder to treat. In addition to poor health outcomes, screening delays may increase cancer disparities for groups that already experience health inequities.

CDC has developed public health messages urging people to resume getting health care, including any cancer screenings they missed due to the pandemic.