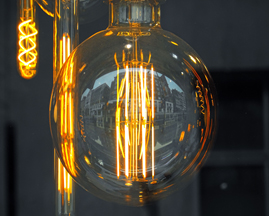 Below are some general, frequently asked questions (FAQs) regarding technology transfer. If you don’t find the answer to your question, please contact the Technology Transfer Office (TTO) at TTO@cdc.gov.

Technology transfer is the process of transferring knowledge or technologies developed at the CDC to non-federal organizations, including industry, academia, non-profits, and state and local governments. In order to benefit public health, CDC innovations must become useful products that the public can use. The CDC technology transfer mission is to partner with entities that can develop CDC inventions so that they become viable products.

There are many reasons to transfer technology including:

The first step on reporting a discovery within CDC is to contact our office at TTO@cdc.gov. TTO will help researchers work through the process of formally reporting a technology.

A patent is a publically available document issued by the government that establishes certain rights to inventions, including limited rights to stop others from making, using, or selling your invention. To be eligible for patent protection, an invention must be useful, novel, and non-obvious. The patent application must also show that the inventor has enabled the invention and include a sufficient description of the invention.

As of March 16, 2013, U.S. patent law has shifted from a “first to invent” to a “first to file” system. This means the first inventor can lose to a second inventor who filed a patent application first. Therefore, to ensure that a patent can be obtained, it is important to disclose the invention to TTO soon after its conception so a patent application can be filed in a timely manner.

The TTO relies on an experienced group of patent attorneys, both internal and external, to oversee this complex, lengthy, and costly process. Put simply, a patent defines the scope of the rights to inventions using sentences called “claims.” To get claims issued, a patent application with proposed claims is submitted to the patent office for review of patentability in each country a patent is desired. Patent examiners will review the proposed claims in light of literature and public disclosures, and then negotiate the exact language. A “provisional” patent application can be utilized to preserve the ability to file a future application within certain timelines since it is not reviewed for patentability.

Although there are many different ways to manage patent filings, a typical process includes:

A fully detailed U.S. patent application must be filed prior to any public disclosure of an invention to preserve international patent rights. It also must be filed within one year of public disclosure by the inventor to preserve U.S. patent rights. After TTO reviews of patentability and commercial marketability, a patent application is filed with the U.S. Patent and Trademark Office by a contract attorney. The TTO is responsible for the supervising of patent prosecution and for ensuring that all information and material are forwarded to the USPTO to assure that a patent may be awarded. Once the U.S. patent application is filed, TTO will update its preliminary marketability and patentability analysis and will provide, within 12 months, a recommendation regarding international filing.

TTO reviews the invention and its commercial potential, develops a licensing approach, and identifies potential companies to commercialize the invention. After formally advertising for potential licensees and promoting the technology to companies, the CDC team at the NIH receives an application for a license. The CDC team at the NIH then negotiates the terms of the license, and administers the license.

The payments are made by direct deposit to the inventor´s financial institution. In order to ensure that inventor royalty income is deposited into the correct account, inventors must complete the Automated Clearing House ACH ROYALTY PAYMENT ENROLLMENT FORMpdf icon and return it by secure fax to 404-638-5342 or encrypted email to psach@cdc.gov at CDC’s Office of Financial Resources. Please also provide a copy to the Division Program Resource Manager (PRM) or Budget Analyst.

Payments: For a question about a royalty payment received, contact CDC TTO at tto@cdc.gov.

A company that desires a license to develop a CDC invention invention must complete a NIH License Application and submit it to the CDC Licensing Managers listed on this pageexternal icon.

For assistance with trademarks, please contact the TTO at TTO@cdc.gov.

For outside parties, please correspond directly with CDC researchers who will then fill out an initiation form and contact our office.

A Material Transfer Agreement (MTA) generally is utilized when any proprietary material is exchanged and when the receiving party intends to use it for his/her own research purposes.

RCAs are a collaborative exchange of materials and/or confidential information to support a mutual research project. These agreements outline specific goals, how the parties will interact with each other, and may also define IP ownership, patent filing responsibilities, and other issues related to technology transfer.

CRADAs are agreements for collaborators who will make significant intellectual contributions to the research project undertaken or will contribute essential research materials or technical resources not otherwise reasonably available to CDC.

A license is a legal agreement, subject to Federal, state, and local regulatory authorities, by which a patent owner promises not to take action to exclude the licensed party from making, using, or selling a potential invention.