When analyzing public health data sets, we sometimes encounter small sample sizes within certain industries or occupations. If the cell sizes are too small, a meaningful analysis of these variables cannot be done, and we risk the privacy of individuals in the study. Public health datasets also often include too many specific industry and occupation codes for a meaningful analysis without further data processing, especially when data have been collected from community rather than workplace settings. Both issues can be resolved by grouping the data into broader categories to create an analyzable data set.

Have general questions about industry and occupation data analysis? See our Analyze page to learn more.

The Census Bureau uses a convenient, preexisting classification systemexternal icon for combining Census industry and occupation codesexternal icon into either major (broad) or detailed groups in the Current Population Survey (CPS). This system combines related ranges of codes into

A recoding function is available in both the Classic and Visual Dashboard analysis modules using the RECODE command.

Industry and occupation codes can be recoded in either module by following the instructions provided in the User Guide and entering the value ranges from the original variable and the recoded values in the table in the dialogue box.

Using the Program Editor in the Classic Analysis Module

Both the procedures described above require you to manually enter the original ranges of industry and occupation codes and the recoded values in a dialogue box table, which can be time consuming and a source of error. For complicated recodes—such as creating industry and occupation groups—it is more efficient is to use the Program Editor in the Classic Analysis module.

Follow these step-by-step instructions for entering and running the program code to create major or detailed industry and occupation categories. 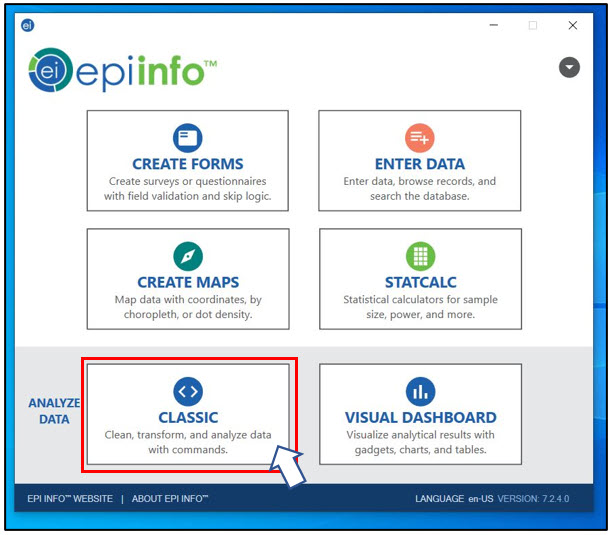 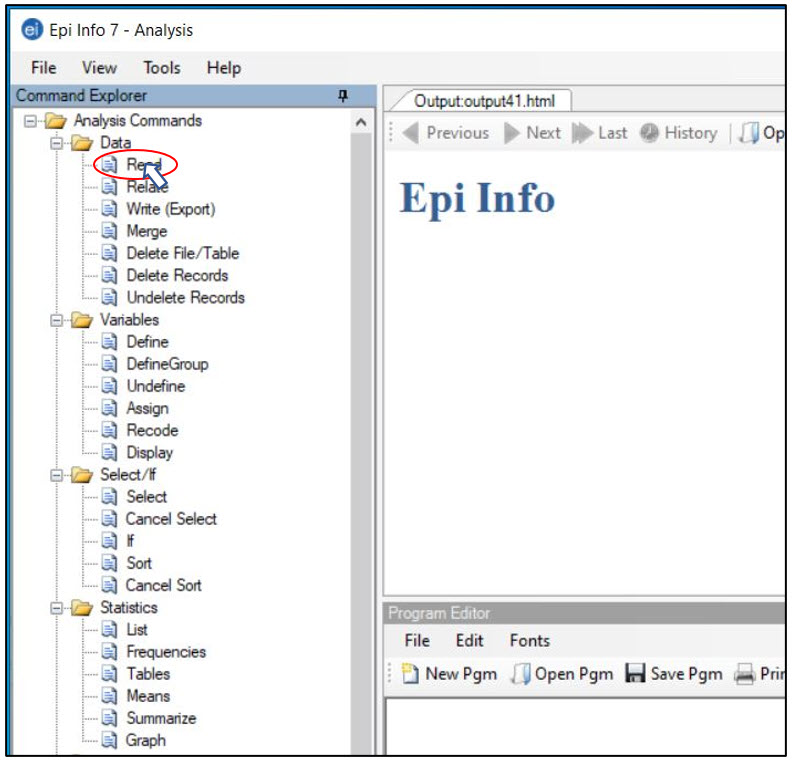 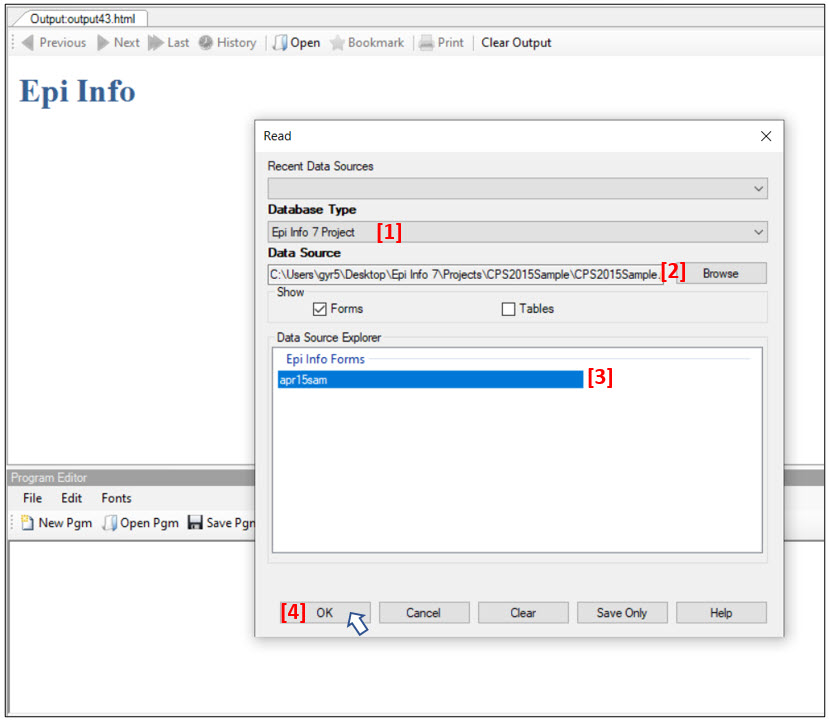 The DEFINE command in the first line of code creates the new MjIndGrp text variable. The RECODE command that begins on the second line of code assigns recoded values to the variable for each record, based on the original value of the ICode variable. 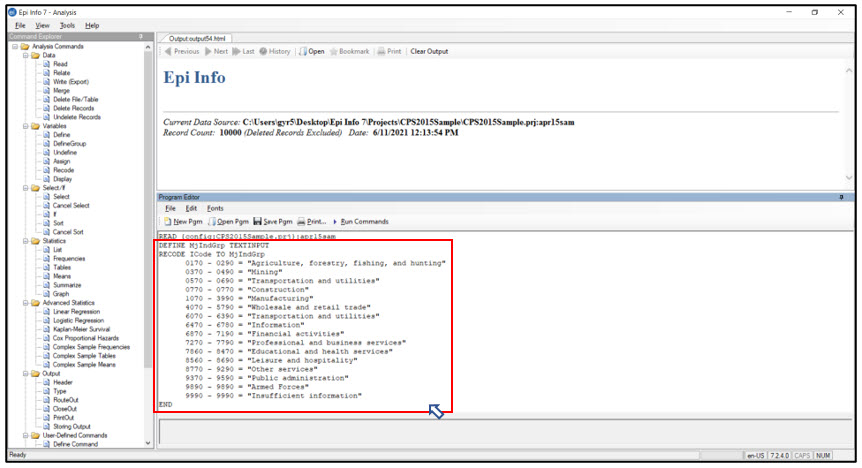 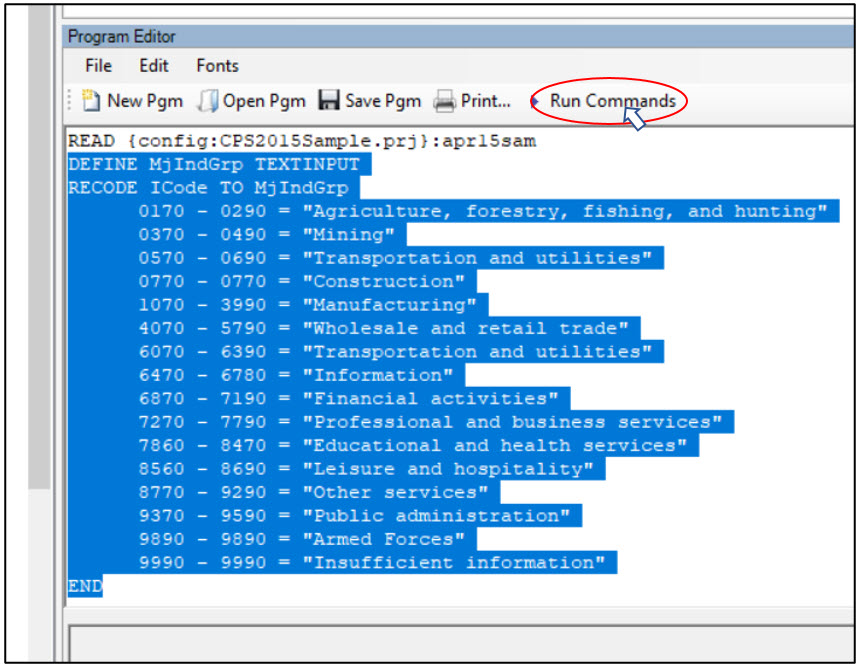 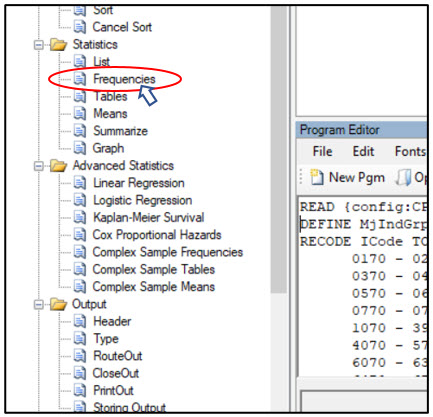 Select the MjIndGrp variable from the “Frequency of” dropdown [1], the click “OK” [2] (Figure 9). The results will appear as a table in the Output window (Figure 10). 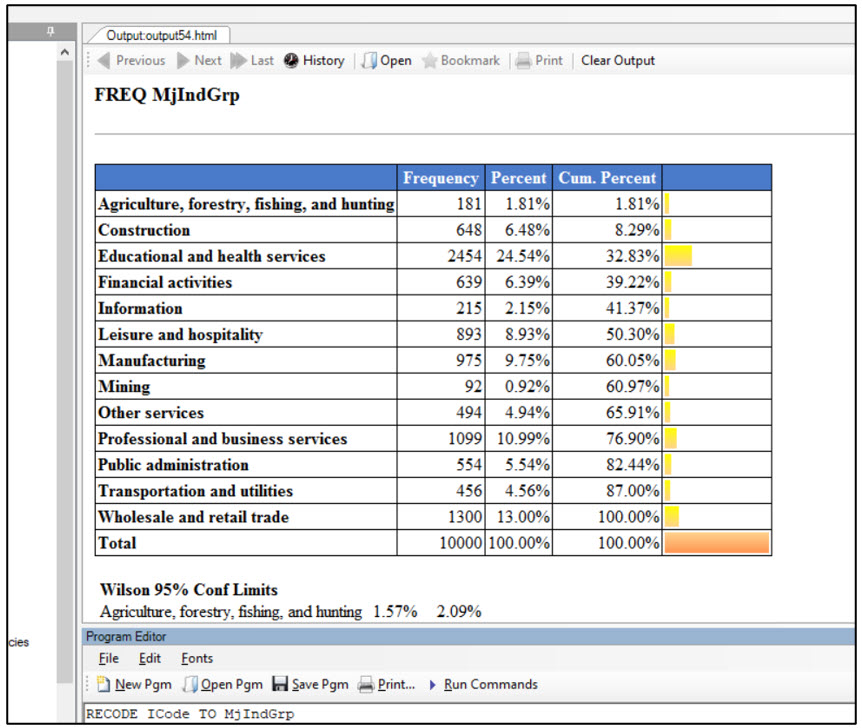 Once you have created the new industry and occupation group variables, they are available for use in subsequent data transformations, analyses, and visualizations. The variables will not be saved after the project has been closed, but the code used to create them can be saved as a program or .prg file in the current project (Figure 11). Saved programs can be opened from within the Program Editor (Figure 12) and run against new data using the Run Commands button (see Figure 7 in step 5 above).

The full project dataset, including the new Major Industry and Occupation Group variables, can also be exported and saved as a new file in one of several formats, including MS Excel, MS Access, and CSV, using the WRITE command.