Census industry and occupation codes were developed to code written responses to the surveys sponsored by the Census Bureau, such as the American Community Survey and the Current Population Survey. Census industry and occupation codes are derived from the North American Industry Classification System (NAICS) and the Standard Occupational Classification (SOC). Census codes are revised after the NAICS and SOC codes are updated.

Within the Census coding scheme, industry is coded first, then occupation. This is because sometimes the Census industry code limits which occupation codes are valid. 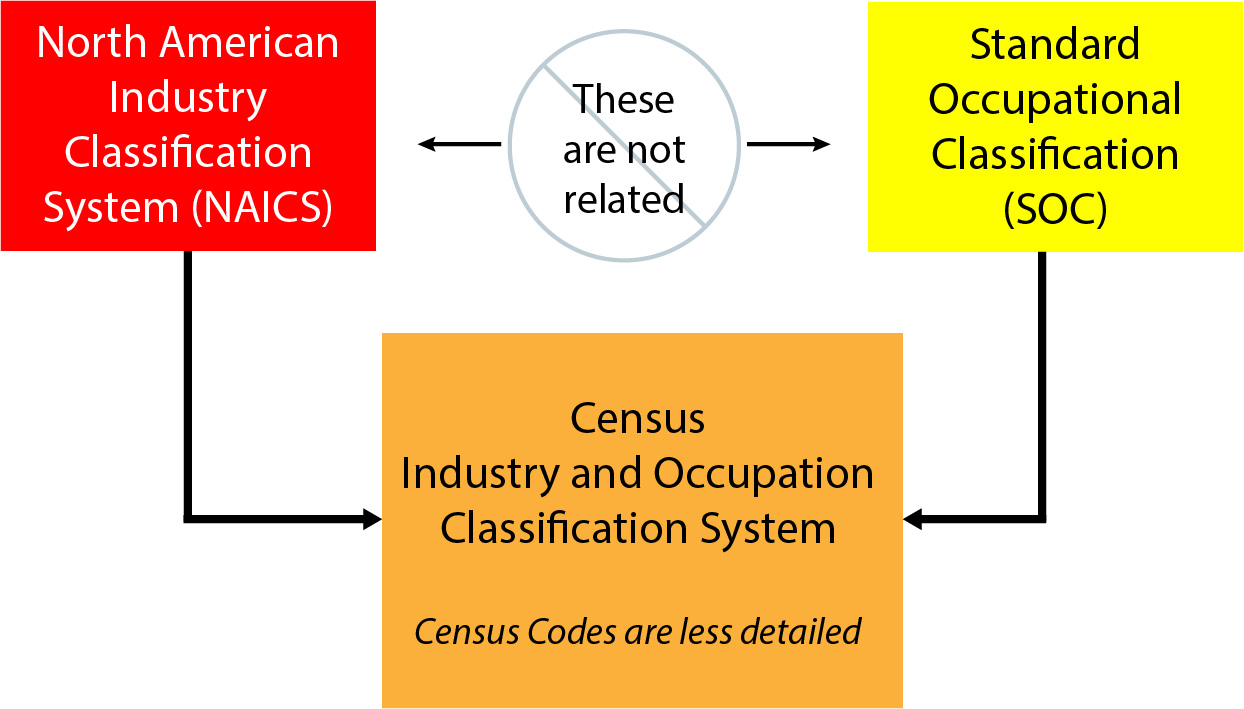 NAICS codes are updated every 5 years by the Office of Management and Budget (OMB) to include industry and economic changes.  A NAICS code may be up to 6-digits. Each digit in the code is part of a series of progressively narrower industry categories, and more digits in the code signifies greater classification detail.

In a NAICS code, the first two digits define the 20 broad sector groupings:

Within each of the sectors, the groupings are broken down farther.

For example, 331221 is the 6-digit NAICS code for the industry: Rolled Steel Shape Manufacturing

Each of the major groups are broken down further:

For example, 47-2131 is the SOC code for Insulation Workers, Floor, Ceiling, and Wall