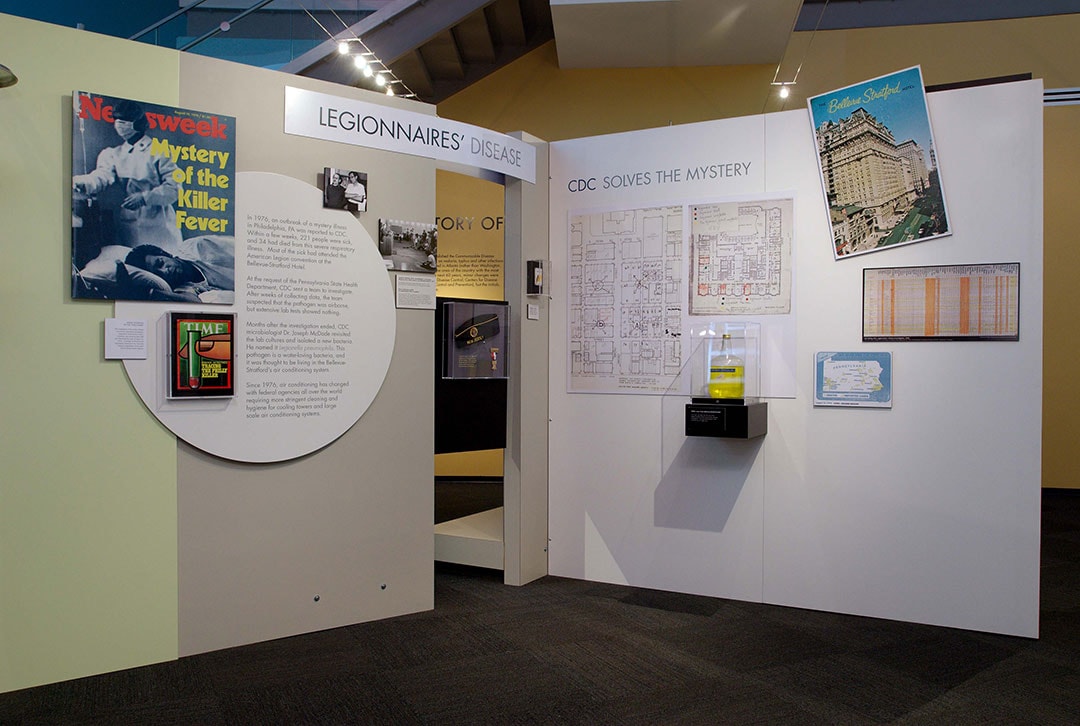 “Mystery of the Killer Fever”

The first new infectious disease challenge came in 1976, when CDC received a report of an outbreak of a mystery illness in Pennsylvania. Within a few weeks, 221 people across Pennsylvania were sick, and 34 had died from a severe respiratory illness. Media coverage was unprecedented for the agency, as this was the first mystery disease in the U.S. in recent memory. Media-related objects displayed here note the mystery surrounding the new disease. An enlarged cover of Newsweek magazine warns of the “Mystery of the Killer Fever” and a TIME magazine shows a hand holding a vial with the title, “Disease Detectives Tracing the Philly Killer.” Both covers show the sense of panic people felt regarding the mysterious illness.

The Pennsylvania State Health Department requested assistance from CDC, so a team of Epidemic Intelligence Service Officers was sent in to investigate. The team determined that most people affected by the mystery illness had attended the American Legion convention at the Bellevue-Stratford hotel in Philadelphia, Pennsylvania. While this was helpful information, the team continued to collect data to determine the specific source of the outbreak. They tested objects like a hat and pin that belonged to a conference attendee and cigarettes that were given to participants in their conference materials. The team also asked conference attendees questions that could help determine a common exposure, such as where each person slept and where they ate. They used maps of Pennsylvania, like the one printed in Newsweek on display here, Philadelphia city maps, and a Sanborn Fire Insurance map of the Bellevue-Stratford hotel to compare location similarities and differences between sick and non-affected people. After spending weeks collecting and reviewing data, the team suspected the pathogen was airborne, but extensive lab tests yielded no results. 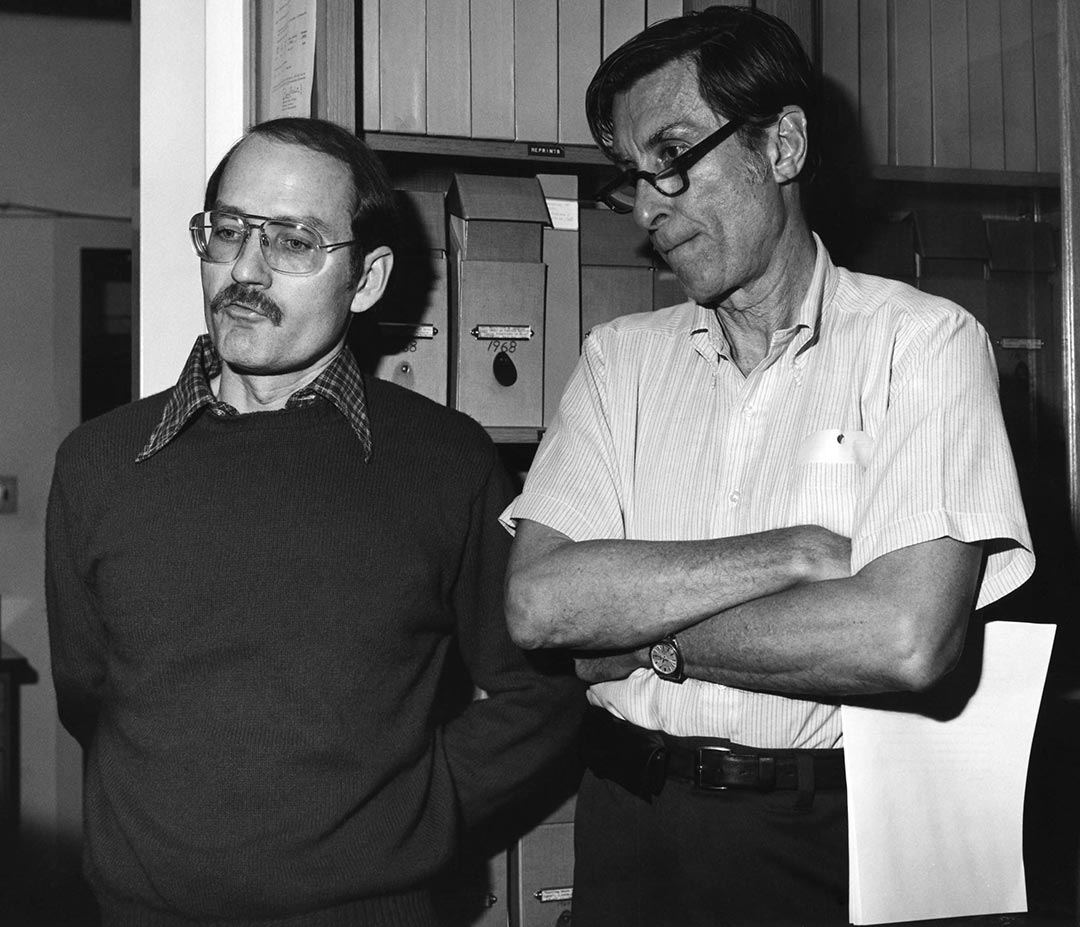 Months after the end of the investigation, a CDC microbiologist named Dr. Joseph McDade, whose photograph is shown, revisited the lab cultures and was able to isolate a new bacterium. He named it Legionella pneumophila, after the Legionnaires’ convention. 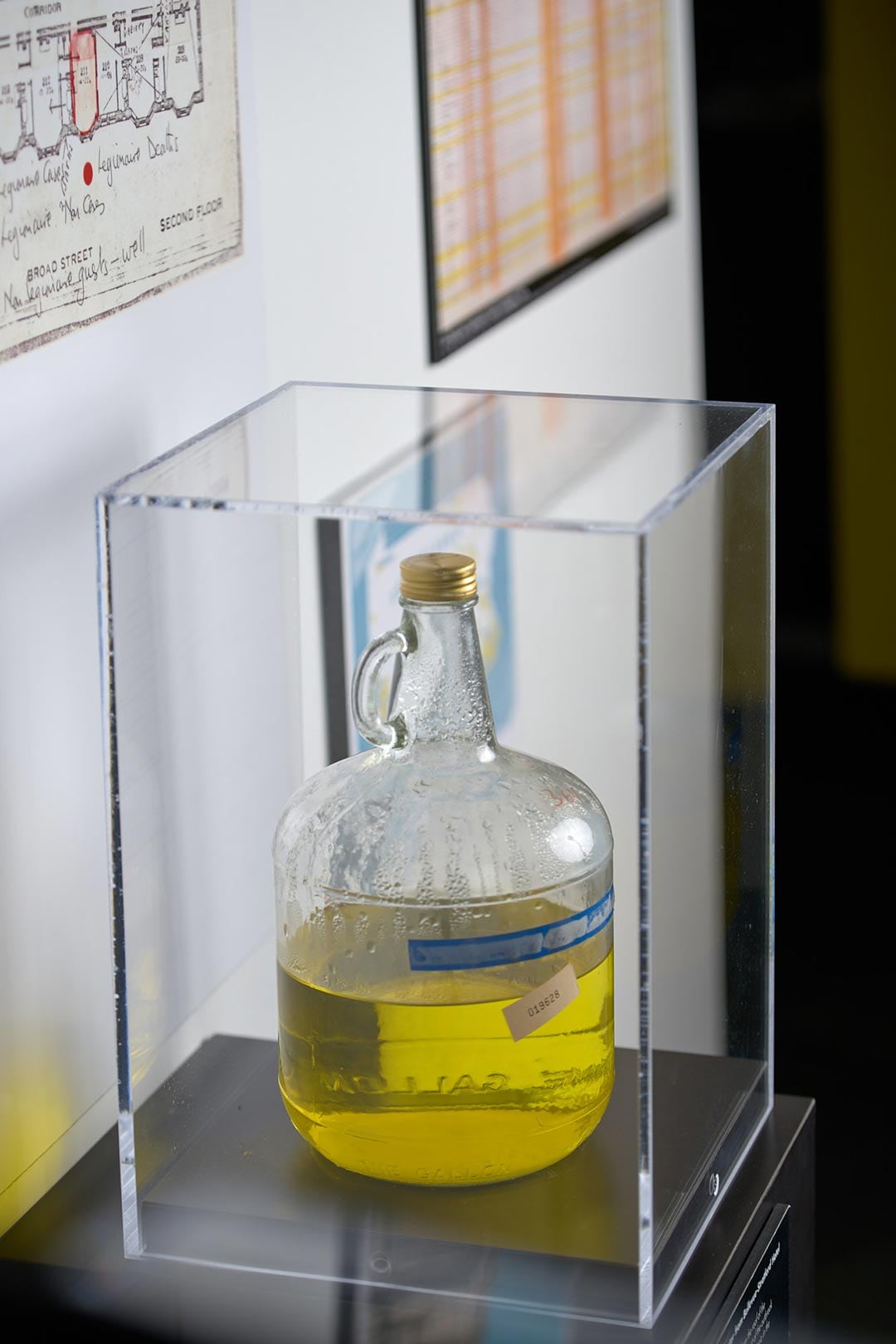 This newly identified pathogen was suspected of contaminating the Bellevue Stratford’s air conditioning system. The exhibit displays a large glass jug filled with chiller water taken from the Bellevue-Stratford Hotel’s cooling system during the outbreak investigation. Since 1976, air conditioning systems changed and agencies around the world have more stringent cleaning and hygiene standards for cooling towers and large-scale air-conditioning systems. The nationwide attention CDC received became the new norm for the agency, as the country began to see CDC as the leader in protecting the nation against potential new diseases.