When you think of CDC, what comes to mind? Back in the beginning, it was mosquitoes and malaria. On July 1, 1946, the Communicable Disease Center (CDC) was founded by a visionary leader in public health, Dr. Joseph Mountin.

The new agency, which was established the year after World War II ended, descended from the wartime agency, Malaria Control in War Areas (MCWA) and was part of the United States Public Health Service.

At first, CDC was located on the sixth floor of the Volunteer Building on Peachtree Street, in Atlanta, Georgia, hundreds of miles from Washington, DC and other federal agencies, and deep in the South, once the heart of the malaria zone.

The agency initially focused on fighting malaria by killing mosquitoes. In fact, the pursuit of malaria was the main focus of CDC. During the first year of operations, 59 percent of CDC’s personnel were engaged in the eradication effort.

Among its 369 employees, the key jobs at CDC originally were entomologists and engineers. In 1946 the agency had only seven medical officers on duty.

DDT, available since 1943, was CDC’s primary weapon against malaria, and the agency’s early challenges included obtaining enough trucks, sprayers, and shovels necessary to wage the war on mosquitoes. Over six and a half million homes were sprayed.

But CDC was soon to spread its wings. Mountin continued to advocate for public health issues and to push for CDC to be responsible for other communicable diseases.

In 1947, CDC made a token payment of $10 to Emory University for 15 acres on Clifton Road in Atlanta, the home of CDC headquarters today. CDC employees collected the money to make the purchase.

Malaria was the catalyst for the agency’s creation. Now the scene was set for CDC to expand its mission, and reach. 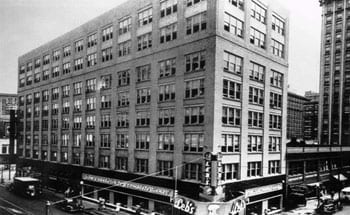 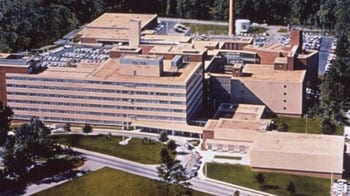 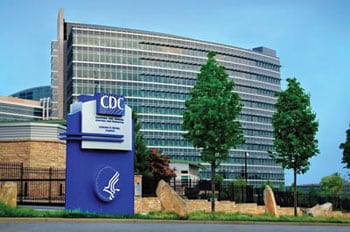 CDC is the nation’s premier health promotion, disease prevention and emergency preparedness agency and a global leader in public health. During the past 70 years, the name has changed to reflect a more complex mission. While still known as CDC, today the initials stand for Centers for Disease Control and Prevention.

As CDC celebrates its 70th anniversary, the agency remains committed to its 24/7 mission of saving lives and protecting people. But many other things have changed dramatically.

In the seven decades since its founding, CDC has grown dramatically, in staff and mission. The world authority on communicable disease, CDC has broadened its focus to include chronic diseases, disabilities, injury prevention and control, workplace non-communicable public health issues.

CDC staff also work in state and local health agencies, quarantine/border health offices at ports of entry, and in more than 50 countries around the world, from Angola to Zimbabwe.

The workforce is diverse and educated. More than one-third of CDC’s employees are members of a racial or ethnic minority group, and women account for over 60 percent of CDC’s workforce. Disabled employees account for 12 percent.

Nearly 40 percent of employees have a master’s degree, 25 percent have a PhD, and 10 percent have medical degrees. Around 12 percent are veterans. The average age of a CDC worker is 47.

In 70 years, CDC has grown in size and stature, in scope and science, in reputation and reach. While much has changed since 1946, the heart of CDC is still its people: dedicated and diligent, persevering and professional, making a difference in lives around the world… a legacy to celebrate, on this anniversary and beyond.