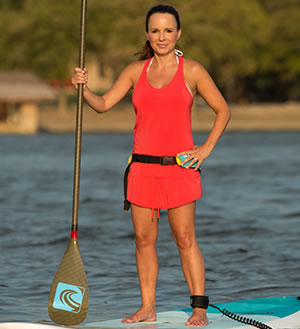 Knowing she might be at higher risk because of her family history, Cassie received genetic counseling. Genetic testing revealed that she carries a BRCA gene mutation.

Cassie, 42, has a history of cancer on her mother’s side. Several of her mom’s sisters had breast cancer in their 40s, and her mother and one aunt tested positive for a BRCA gene mutation. Knowing she might be at higher risk because of her family history, at age 32 Cassie chose to have genetic counseling to learn more about her risk. From there, she decided to get genetic testing which revealed that she, too, carries a BRCA gene mutation.

To address her increased risk, Cassie opted to have a bilateral mastectomy—to have both of her breasts removed. Having seen so many of her family members diagnosed with breast cancer, she was confident in her choice.

The decision to have her ovaries removed to manage her ovarian cancer risk was much harder for Cassie. When she learned she was BRCA1 positive, she had two children, but wanted more. Her doctor advised her that if she wanted to have another child, she should get pregnant soon due to her increased cancer risk. Soon after giving birth to her third child, Cassie had her ovaries removed.

Now, she is committed to keeping her body as healthy as possible and sharing her story to make a difference in the world for women whose lives have been touched by hereditary breast cancer.

Cassie is from Texas, where she lives with her husband and three children and works as a nonprofit consultant. She previously worked as an international aid worker, traveling extensively to help others. 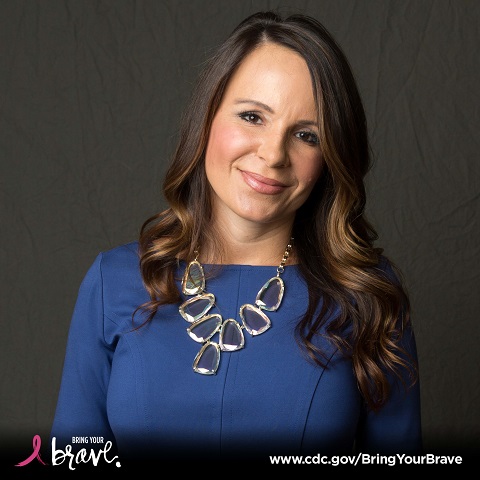 download iconDownload Imageimage icon [JPG, NAN ]
Cassie’s family has a history of breast cancer. Because several family members have had breast cancer, it motivated her to find out her risk and take action to stay healthy. http://1.usa.gov/1Nlua9j #BringYourBrave
Twitter 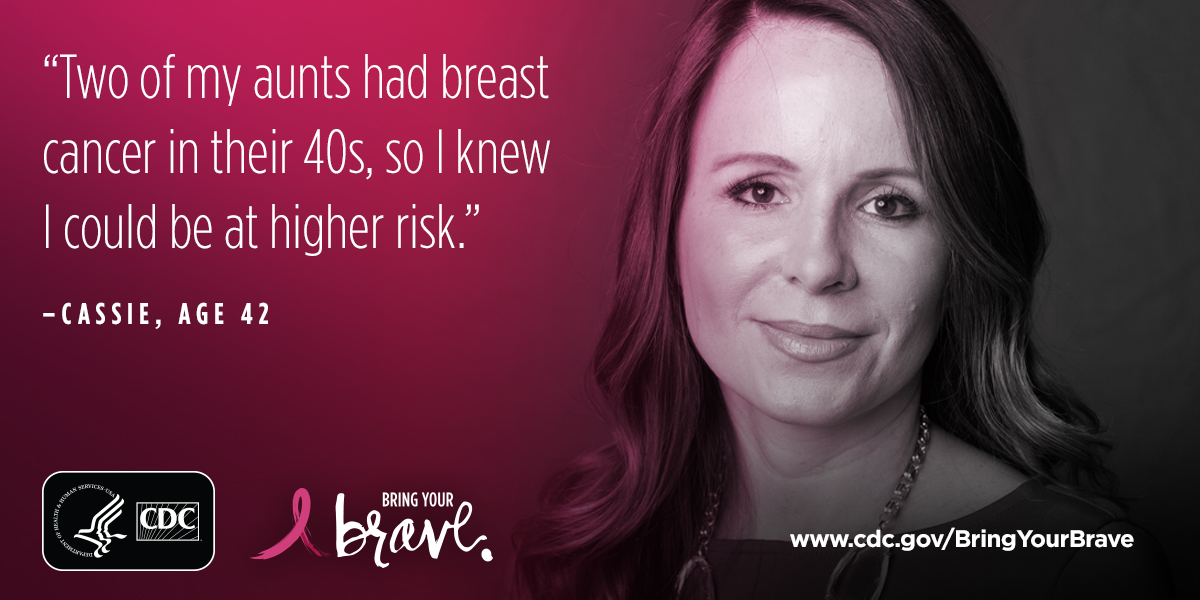