Related Pages
Cara: Making Decisions with a Genetic Counselor
Cdc-mediaLow Resolution Video
Cara’s father encouraged her to get genetic counseling because of her family history of cancer and Ashkenazi Jewish heritage. Cara explains how a genetic counselor helped her understand her personal risk for breast cancer.

At 42, Cara’s mother passed away from breast cancer. Cara was only three years old. Because of her family history, Cara’s father encouraged her to get genetic counseling and to be tested for a BRCA gene mutation. She was also at greater risk for a BRCA mutation due to her Ashkenazi Jewish ancestry.

Cara met with genetic counselors before and after her genetic testing to help her decide how she would move forward. From the tests, she learned that she is positive for a BRCA gene mutation. After talking with her health care providers, Cara opted for surveillance (more frequent screening tests), putting any decisions about preventive surgery on hold for the moment.

At 25, she began screening for breast cancer. She was diagnosed with stage 1 breast cancer after getting her first breast MRI.external icon Cara has been cancer-free since completing treatment in 2011, and has a renewed appreciation for the little moments in life. She believes in the importance of sharing her story, and recently started a young survivors’ support group.

Cara, now 30, lives in Pennsylvania, where she works at a natural history museum. In her free time, she enjoys singing and writing original songs, running, and going out to dinner with her fiancé. 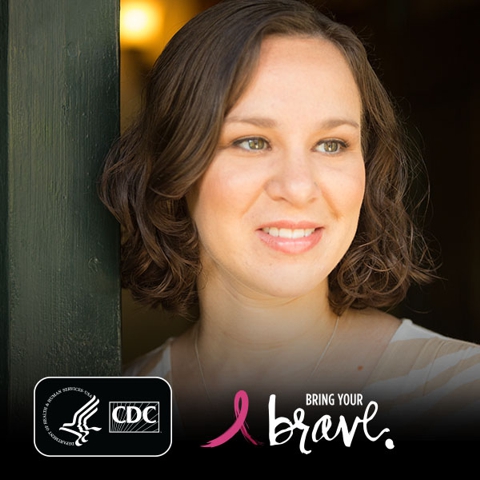 download iconDownload Imageimage icon [JPG, NAN ]
Cara’s mother passed away from breast cancer when she was 3 years old. Her father encouraged her to get genetic counseling and testing because of her family history and Ashkenazi Jewish ancestry. She did and it helped save her life. Learn more from her story: http://1.usa.gov/1UpDT0T #BringYourBrave
Twitter 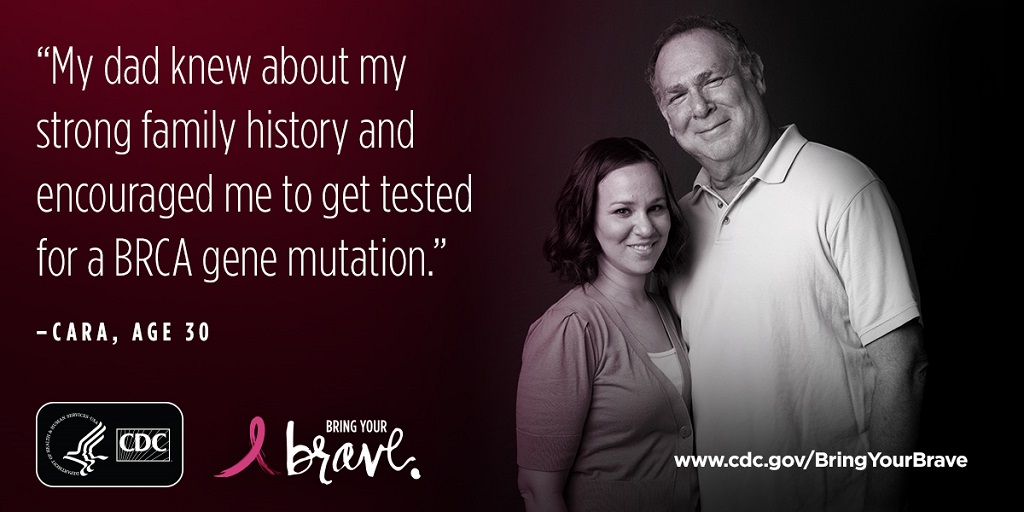