What Does It Mean to Have Dense Breasts?

What does it mean to have dense breasts? Dr. Temeika Fairley explains in this video.

What Are the Parts of the Breast?

A woman’s breast has three kinds of tissue— What Is Breast Density?

On a mammography report, breast density is assigned to one of the following four categories—

Why Is Breast Density Important? 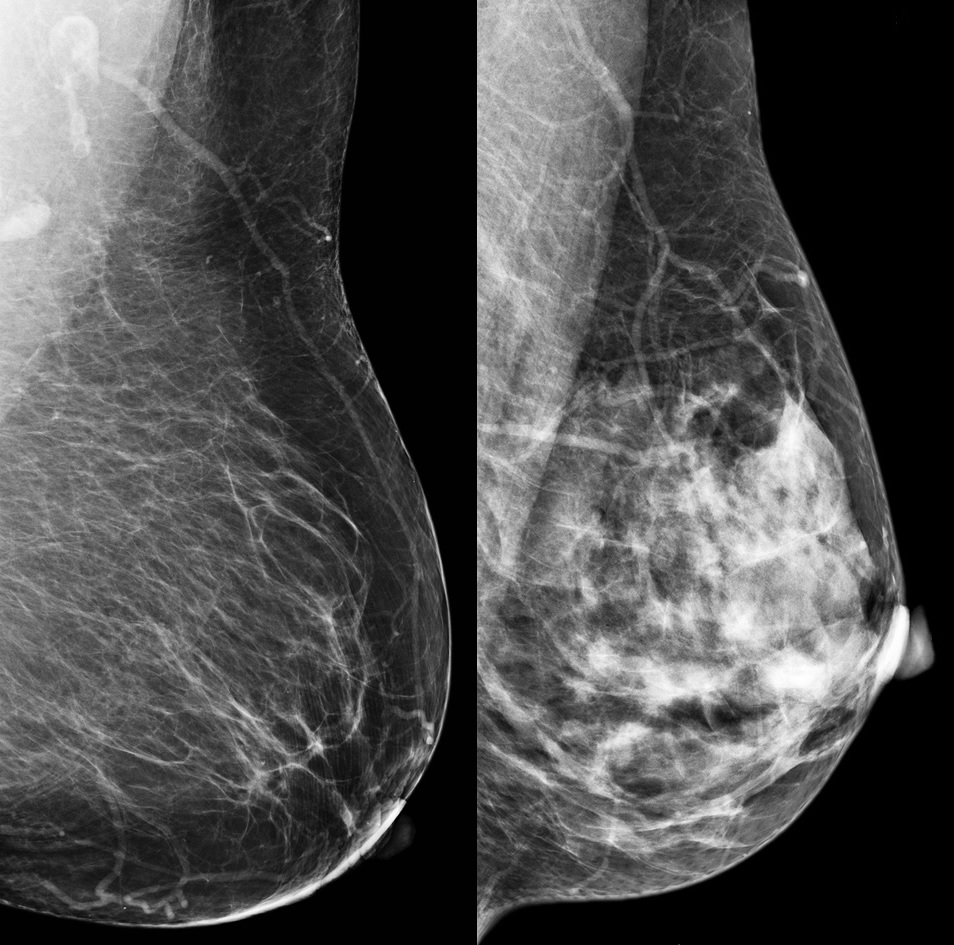 Women with dense breasts have a higher chance of getting breast cancer. The more dense your breasts are, the higher your risk. Scientists don’t know for sure why this is true.

Breast cancer patients who have dense breasts are not more likely to die from breast cancer than patients with non-dense (fatty) breasts.

Dense tissue can hide cancers. Fibrous and glandular tissue looks white on a mammogram. So does a possible tumor. Because it’s hard to tell the difference between a tumor and dense breast tissue on a mammogram, a small tumor may be missed.

Who Is More Likely to Have Dense Breasts?

The density of your breasts can change over time. Generally, you’re more likely to have dense breasts if you—

What Should I Do If I Have Dense Breasts?

Talk to your doctor about your personal risk of getting breast cancer. Dense breasts are just one of several risk factors for breast cancer. Your doctor will also think about other factors, like your age and family history of cancer.

Different tests may be able to find some cancers that are missed on a mammogram. But these tests are more likely to have a false positive result (the test is reported as abnormal, but you really don’t have cancer). False positive test results often lead to unnecessary tests, like a biopsy. Also, you may have to pay for these tests.

Your doctor may suggest one of these tests—

Talk with your doctor about how often you should be screened for breast cancer and which tests your doctor recommends.