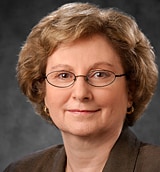 “In this highly connected world, microbes continue to challenge us, both here and globally. We must use the best expertise, science, and technology available to detect these threats quickly and respond as effectively as we can.”

Her first job at CDC was an Epidemic Intelligence Service (EIS) Officer in NCID′s Hospital Infections Program. She later served as a medical epidemiologist in NCID′s Retrovirus Diseases Branch, where she made major contributions to defining the epidemiology of the non-HIV retroviruses, specifically human T lymphotropic viruses (HTLV) I and II, in the United States and to developing guidance for counseling HTLV–infected persons.  Following the hantavirus pulmonary syndrome outbreak in the southwestern United States in 1993, she led CDC′s efforts to set up national surveillance for this syndrome.  She also played a key role in developing and coordinating CDC′s blood safety and food safety programs related to viral diseases.

Dr. Khabbaz is well known for her leadership roles during many of CDC’s responses to notable outbreaks, including West Nile virus, SARS, and monkey pox, and particularly for her leadership of CDC’s field team in the nation′s capital during the public health response to the anthrax attacks of 2001.

Dr. Khabbaz is a graduate of the American University of Beirut in Lebanon, where she obtained both her bachelor′s degree in science (biology/chemistry) and her medical doctorate degree. She trained in internal medicine and completed a fellowship in infectious diseases at the University of Maryland in Baltimore. In addition to her CDC position, she serves as clinical adjunct professor of medicine (infectious diseases) at Emory University.

Dr. Khabbaz is a fellow of the Infectious Diseases Society of America (IDSA), a member of the American Epidemiological Society, and a member of the American Society for Microbiology and of the American Society for Tropical Medicine and Hygiene. She is a graduate of the Public Health Leadership Institute at the University of North Carolina and the National Preparedness Leadership Initiative at Harvard University. She served on IDSA′s Annual Meeting Scientific Program Committee and serves on the society′s Public Health Committee. She is also a member of the Forum on Microbial Threats of the National Academies of Sciences, Engineering, and Medicine.