A study showing the risk levels for several health outcomes, including seizures, after measles, mumps, rubella, and varicella (MMRV) combination vaccine in children aged 12 to 23 months has been published in the July 2010 print issue of Pediatrics (published online June 28). 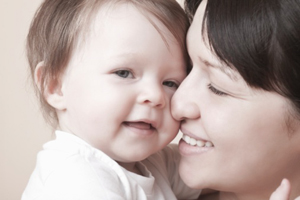 The study, “Measles-Mumps-Rubella-Varicella Combination Vaccine and the Risk of Febrile Seizures” uses computerized information from CDC’s Vaccine Safety Datalink (VSD) Project. VSD consists of managed care organizations which gather vaccination and demographic information, as well as health outcomes of their patients (more than 9.2 million across the U.S.)

For MMRV combination vaccine, there was 1 additional febrile seizure for every 2,300 doses given, compared to separate MMR plus varicella vaccines in the 7 to 10 days following vaccination.

Of the children identified as having seizures following the 7 to 10-day vaccination period, about 90% were found to be febrile seizures.

CDC recommends providers who choose to use the combination MMRV vaccine be aware of and clearly communicate to parents and caregivers the increased risk of fever and seizure within the 7 to 10 days following vaccination.

Parents should be educated on the risk of seizure following the combination MMRV vaccine and know their options. Most children recover quickly from febrile seizures and have no lasting effects.