What is a febrile seizure?

Sometimes, fevers can cause a child to experience spasms or jerky movements called seizures. Seizures caused by fever are called “febrile seizures.”  They are most common with fevers of 102°F (38.9°C) or higher, but they can also happen at lower body temperatures or when a fever is going down. Most febrile seizures last for less than one or two minutes.

Febrile seizures can happen with any condition that causes a fever. 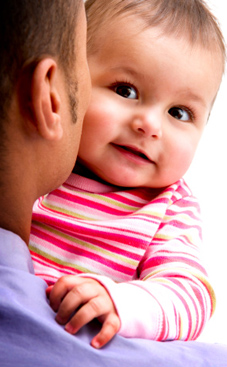 Fevers can be caused by common childhood illnesses like colds, the flu, an ear infection, or roseola. Vaccines can sometimes cause fevers, but febrile seizures are uncommon after vaccination.

Infants and young children are most at risk for febrile seizures.

Studies have shown a small increased risk for febrile seizures during the 5 to 12 days after a child has received their first vaccination with the measles, mumps, rubella (MMR) vaccine.  The risk is slightly higher with the measles, mumps, rubella, varicella (MMRV) combination vaccine, but the risk is still small.  Studies have not shown an increased risk for febrile seizures after the separate varicella (chickenpox) vaccine.

There is a small increased risk for febrile seizures when inactivated influenza vaccine (flu shot) is given at the same doctor visit as either the PCV13 (pneumococcal) vaccine or the DTaP vaccine.

CDC and FDA closely monitor the safety of all vaccines.

CDC and the Food and Drug Administration (FDA) are committed to ensuring that vaccines provided to the public are safe and effective.  Once vaccines are licensed in the United States, CDC and FDA monitor the safety of these vaccines through several systems.  If any vaccine is found to cause health problems, the vaccine may be withdrawn and no longer given to the public.