“Paying attention to yourself is the biggest form of self-care you can do. Spina bifida is not a one-size-fits-all condition.”

Spina bifida is a birth defect of the spine. People living with spina bifida can have limited or no feeling in certain parts of their body. This limited feeling may leave them unable to feel pressure sores that may develop in areas with continuous pressure from equipment they need to move around, such as under and around braces, specially designed shoes, or wheelchairs. 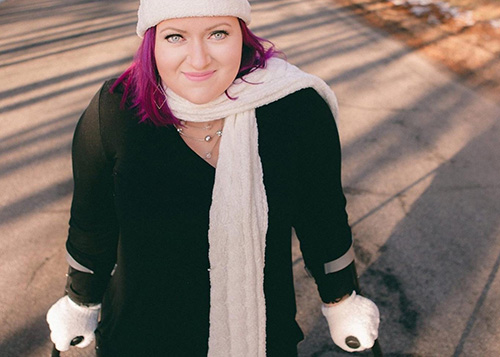 Randi was born with a clubfoot. Her clubfoot was not corrected as a child, and she wears a brace. She has limited sensation on her foot and on one occasion, accidentally bumping her foot led to emergency surgery to amputate her small toe. On another occasion, after treating a small sore by wrapping a bandage around it, she discovered a few days later, that the bandage was rubbing against her skin so badly that she ended up with a much bigger sore. With more frequent health care appointments and a commitment to self-care, Randi made the difficult decision to put her career as a full-time cosmetologist on hold. She now works part-time as grocery store cashier, which gives her the flexibility to schedule doctor’s appointments and regain her strength. She maintains her cosmetology license, and plans to return to the career she loves so much. “Spina bifida is not a one-size-fits-all condition; neither are pressure sores. Some heal by themselves and some will lay you up for months or even a year. People need to understand the severity of what can happen so it doesn’t happen to them. Paying attention to yourself is the biggest form of self-care you can do,” says Randi. 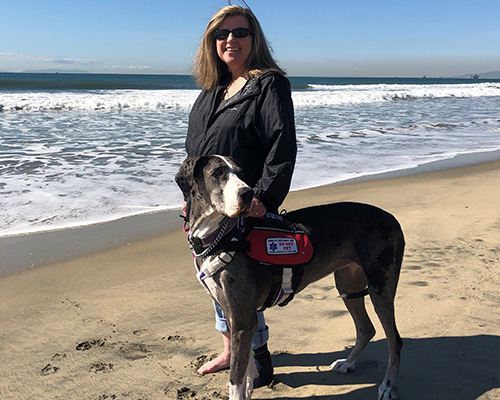 Karen has a background in managing physician medical groups for large medical systems. At a time when she had two young children and her husband was in medical school, she developed a small blister on her toe. The blister became a serious pressure sore that infected the skin, causing the bone to be exposed. Karen had to keep working since she was the one carrying the health insurance for her family, so she made the conscious decision to have her toe amputated. Like Randi, Karen was also born with a clubfoot. During the surgery to remove her toe, her surgeon also adjusted the shape of her foot. The combined surgical procedure left her having to relearn how to walk. Her advice for other adults living with spina bifida is to stay on top of pressure sores. “Don’t give up with your doctor; just keep pushing and saying the pressure sore won’t heal, whether it’s from sitting in a wheelchair all day or braces rubbing or using crutches. If it’s been there for more than a week, it’s probably going to need attention,” says Karen.

Robert’s story illustrates how addressing one medical concern can lead to another problem. After years and years of using crutches and pulling himself up from falls, Robert tore the rotator cuffs in both his shoulders. A fall in 2015 did additional damage to his shoulders, causing him to use a wheelchair full-time. He had trouble transferring from higher levels to lower levels, so he bought an elevated toiled seat. Robert was unable to feel a serious pressure sore that had developed when the seam of the elevated toilet seat rubbed against his tailbone. The sore became very serious, resulting in exposed bone. He was hospitalized, and it took four months for the sore to heal completely. “You can take good care of yourself and still have problems. Watch out for signs of too much pressure. Consider your health and safety first of all,” says Robert. His advice for adolescents and young adults with spina bifida who might not be comfortable asking for help with skin checks is, “Protect your health and safety first and then after that think about independence. How independent do you look if you’re laid up in the hospital or stretched out on the floor where you’ve fallen?”