Dextro-Transposition (pronounced DECKS-tro trans-poh-ZI-shun) of the Great Arteries or d-TGA is a birth defect of the heart in which the two main arteries carrying blood out of the heart – the main pulmonary artery and the aorta – are switched in position, or “transposed.” 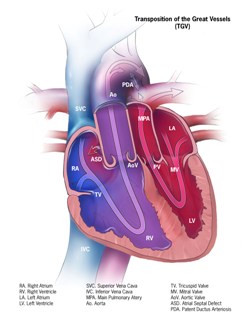 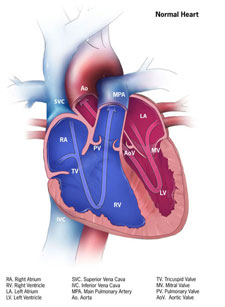 Dextro-Transposition of the Great Arteries or d-TGA is a birth defect of the heart in which the two main arteries carrying blood out of the heart – the main pulmonary artery and the aorta – are switched in position, or “transposed.” Because a baby with this defect may need surgery or other procedures soon after birth, d-TGA is considered a critical congenital heart defect (CCHD). Congenital means present at birth.

In transposition of the great arteries, the aorta is in front of the pulmonary artery and is either primarily to the right (dextro) or to the left (levo) of the pulmonary artery. Levo-TGA is rarer than dextro-TGA. Dextro-TGA is often simply called “TGA.” However, “TGA” is a broader term that includes both dextro-TGA (d-TGA) and levo-TGA (l-TGA), or congenitally corrected TGA, which is not discussed here.

Learn more about how the heart works »

The Centers for Disease Control and Prevention (CDC) estimates that about 1,153 babies are born with TGA each year in the United States.1 This means that every 1 in 3,413 babies born in the US is affected by this defect.

Read more about CDC’s work on causes and risk factors »

This defect may be diagnosed during pregnancy or soon after the baby is born.

During pregnancy, there are screening tests that the mother can have (also called prenatal tests) to check for birth defects and other conditions. D-TGA may be diagnosed during pregnancy with an ultrasound test (which creates pictures of the baby). Some findings from the ultrasound may make the health care provider suspect a baby could have d-TGA. If so, the health care provider can request a fetal echocardiogram to confirm the diagnosis. A fetal echocardiogram is a more detailed ultrasound of the baby’s heart. This test can show problems with the structure of the heart and how the heart is working with this defect.

Symptoms occur at birth or very soon afterwards. How severe the symptoms are will depend on whether there is a way for blood to mix and for oxygen-rich blood to get out to the rest of the body. For example, if an infant with d-TGA has another defect, like an atrial septal defect (ASD), the ASD forms a passageway for some oxygen-rich blood to be pumped to the rest of the body. This infant with both d-TGA and an ASD may not have as severe symptoms as infants whose hearts don’t have any mixing of blood. Infants with d-TGA can have a bluish looking skin color—called cyanosis­­—because their blood doesn’t carry enough oxygen. Infants with d-TGA or other conditions causing cyanosis can have symptoms such as:

Because the infant might be bluish in color and have trouble breathing, d-TGA is usually diagnosed within the first week of life. The health care provider can request one or more tests to confirm the diagnosis. The most common test is an echocardiogram. An echocardiogram is an ultrasound of the heart that can show problems with the structure of the heart, like incorrect positioning of the two large arteries, and any irregular blood flow. An electrocardiogram (EKG), which measures the electrical activity of the heart, chest x-rays, and other medical tests may also be used to make the diagnosis.

D-TGA can also be detected with newborn pulse oximetry screening. Pulse oximetry is a simple bedside test to determine the amount of oxygen in a baby’s blood. Low levels of oxygen in the blood can be a sign of a CCHD. Newborn screening using pulse oximetry can identify some infants with a CCHD, like d-TGA, before they show any symptoms.

Surgery is required for all babies born with d-TGA. Other procedures may be done before surgery in order to maintain, enlarge or create openings that will allow oxygen-rich blood to get out to the body.

There are two types of surgery to repair d-TGA:

Infants who have these surgeries are not cured; they may have lifelong complications. A child or adult with d-TGA will need regular follow-up visits with a cardiologist (a heart doctor) to monitor their progress and avoid complications or other health problems. With proper treatment, most babies with d-TGA grow up to lead healthy, productive lives. 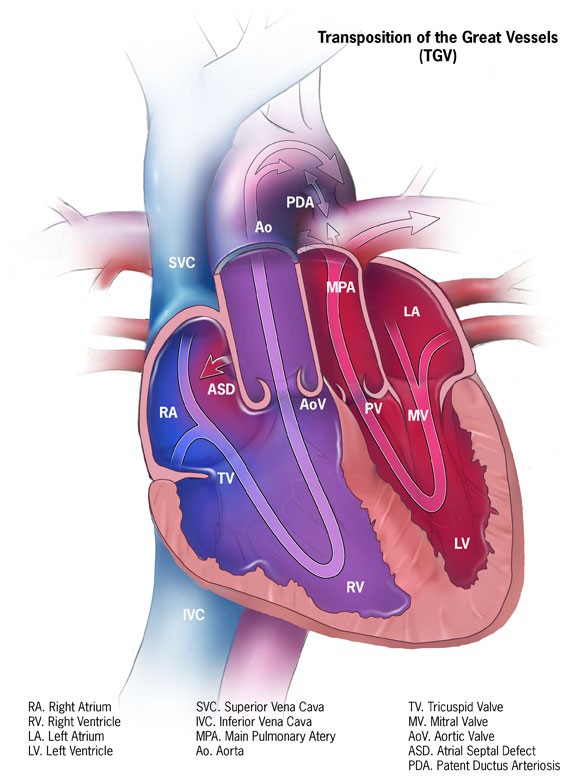 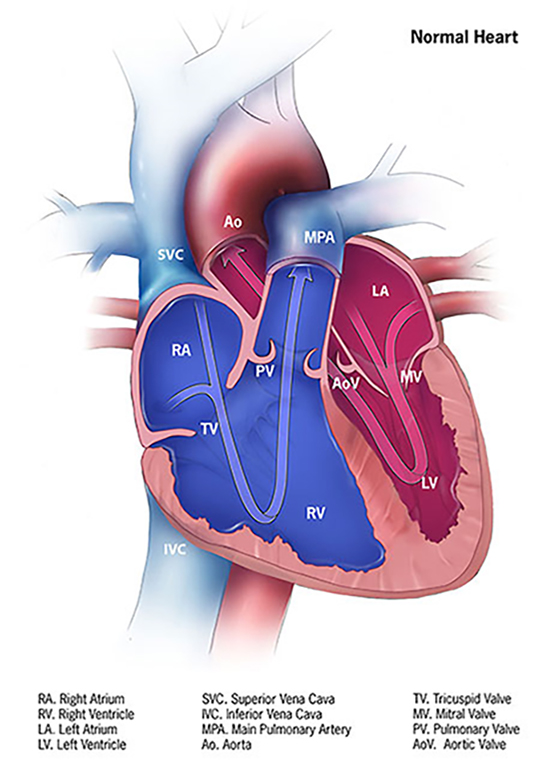