Living with a Heart Defect 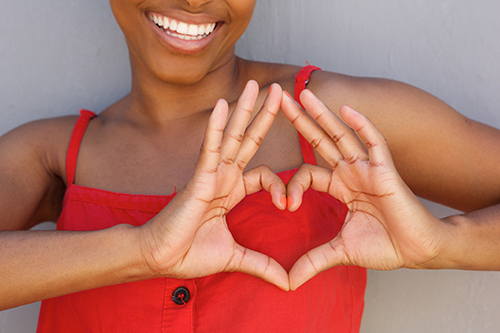 What Are Heart Defects?

Heart defects are present at birth and can affect the structure of a person’s heart and its ability to work properly. They can also affect how blood flows through the heart to the rest of the body. Heart defects can vary from mild (such as a small hole in the heart) to severe (such as missing or poorly formed parts of the heart).

Some affected people might need one or more surgeries on the heart or blood vessels. It is important to note that even with these treatments, many people with heart defects are not cured, as heart defects are lifelong conditions. As a person with a heart defect grows and gets older, further heart problems may occur.

How Many People Are Born with Heart Defects?

Mary’s Story — In Her Own Words 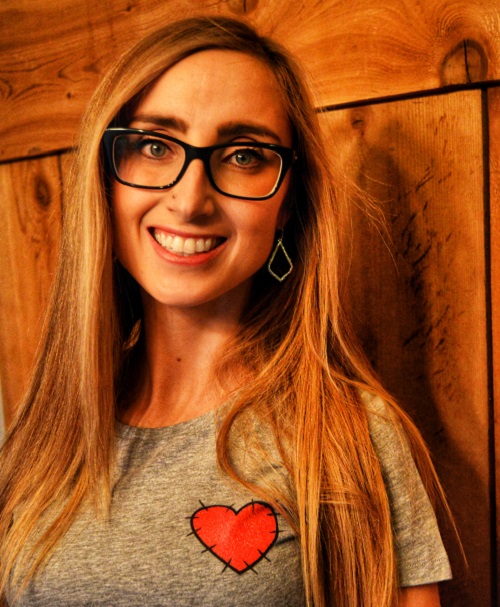 Mary wants to empower her patients to take an active role in their heart health.

Mary was born with multiple congenital heart defects. As a Doctor of Nursing Practice, she wants to empower her patients to take an active role in their health. Read her story below.

I was born in 1991. My mom had a normal pregnancy, and I seemed to be a healthy baby. My dad, a medical residency student at the time, anxious to hear my heartbeat, heard a heart murmur and called a pediatric cardiologist. I was diagnosed with hypoplastic right heart syndrome, atrial septal defect, transposition of the great vessels, and isthmus coarctation of the aorta. This combination of defects in one baby is incredibly rare.  I was admitted to the neonatal intensive care unit (NICU), and at 9 days old, I had my first open heart surgery. I would go on to have three more surgeries by the time I was 2 years old.

From ages 2 through 15 years, I remained relatively healthy. I had routine checkups with my pediatric cardiologist that included regular echocardiograms and electrocardiograms. I would sometimes have to wear a Holter monitor, a device that measures and records the heart’s activity, while enduring stress tests. This was my normal.

When I was 15 years old, I learned I would need a pacemaker and defibrillator because my heart rate was too slow, causing me to feel fatigued and out of breath easily. Shortly after I turned 16 years old, I had surgery to place my pacemaker and defibrillator in my abdomen. One month after surgery, I went to my high school junior prom with my date, who would, years later, become my husband.

Receiving a pacemaker/defibrillator as a teenager was frightening. I thought, “I’m dying,” because I only knew of older individuals having pacemakers. Having a pacemaker restricted me from jumping on a trampoline, riding rollercoasters, and riding horses, but these were things that I could live without doing.

Due to the pacemaker/defibrillator, my doctors increased the number of medications I was taking. Although my pacemaker was helping to regulate my heartbeat, I was still having irregular heartbeats. I needed medication to help my heart function properly.

The defibrillator was placed to help shock my heart back into rhythm if it slowed down or stopped beating. I remember asking the nurse practitioner that set up my pacemaker/defibrillator to describe the feeling of being shocked. She told me, “like getting kicked by a donkey.” I had never been kicked by a donkey, and had no intention of experiencing it.

Unfortunately, I was shocked two separate times after they set up my pacemaker/defibrillator. The first time was 2 months after having my pacemaker/defibrillator placed. My settings were wrong, but this was no fault of the doctors. Setting these devices is often trial and error. Every single person is different, and they set the pacemaker/defibrillator for what a person of your age and condition would typically use. This may not be what you need. The second time I was shocked, I was home alone after attending nursing school that day, and my device shocked me multiple times. I was able to call 911 and crawl to the door to let the paramedics in. This occurred the day before my first day of nursing school clinical work, of which I was required to attend. My dad drove me to the hospital because I wasn’t allowed to drive so soon after being shocked. When I walked in, the instructor looked at me as if she saw a ghost. I eventually graduated, and went on to become a Doctor of Nursing Practice (DNP).

Given my experiences, I understand what it’s like to be a patient, which has helped me as a nurse. I learned to become an advocate for my own health. I want to empower my patients to take an active role in their health and become advocates for themselves, too. I love educating people and spreading awareness, and being a nurse practitioner allows me to do that.

I got married shortly after receiving my DNP. I met my husband when we were in high school, so he has been through a lot with me. While we were dating, I made the decision to have my tubes tied because pregnancy can be risky for some women with heart defects. Before we got married, I wanted to make sure my husband was okay with this decision. We both agreed that adoption or surrogacy were options we were open to considering if we wanted to have children in the future. For now, we have two lively and loveable dog-babies, Brindle and Rogan.

CDC Activities on Heart Defects Across the Lifespan

As medical care and treatment have advanced, people with heart defects are living longer and healthier lives, many into adulthood. This remarkable progress presents new challenges to meet the special needs of this group of people. CDC is working to learn more about people living with heart defects and to identify strategies to improve their health.