Anencephaly (pronounced an-en-sef-uh-lee) is a serious birth defect in which a baby is born without parts of the brain and skull. 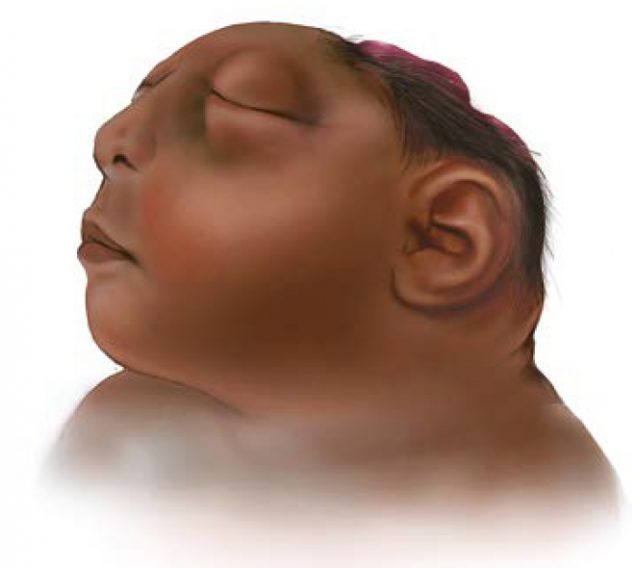 How Many Babies are Born with Anencephaly?

Researchers estimate that about 1 in every 4,600 babies is born with anencephaly in the United States.1

The causes of anencephaly among most infants are unknown. Some babies have anencephaly because of a change in their genes or chromosomes. Anencephaly might also be caused by a combination of genes and other factors, such as the things the mother comes in contact with in the environment or what the mother eats or drinks, or certain medicines she uses during pregnancy.

If you are pregnant or thinking about becoming pregnant, talk with your doctor about ways to increase your chances of having a healthy baby.

Anencephaly can be diagnosed during pregnancy or after the baby is born.

In some cases, anencephaly might not be diagnosed until after the baby is born. Anencephaly is immediately seen at birth.

There is no known cure or standard treatment for anencephaly. Almost all babies born with anencephaly will die shortly after birth. 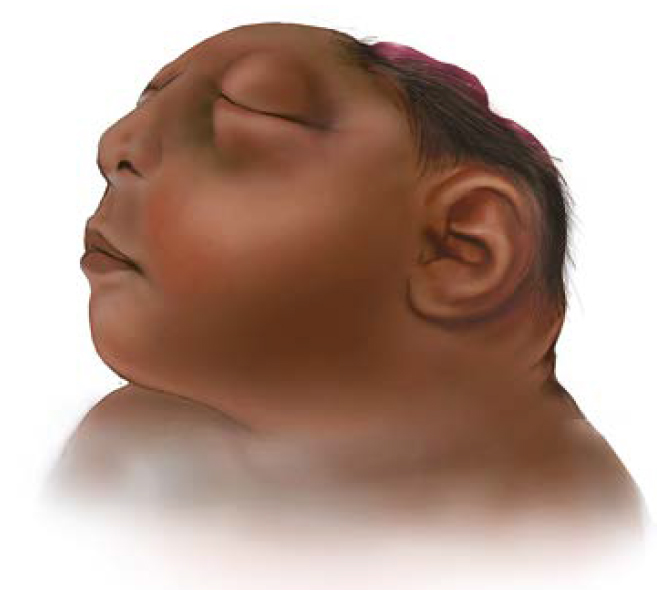