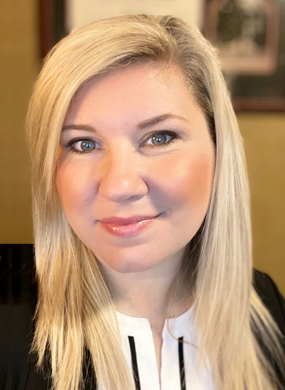 Kristin Holland, PhD, MPH, is the branch chief of the Division of Violence Prevention’s (DVP) Surveillance Branch at CDC’s National Center for Injury Prevention and Control. In this role, she oversees the implementation of multiple surveillance systems, including the Firearm Injury Surveillance Through Emergency Rooms (FASTER) syndromic surveillance system, the National Violent Death Reporting System (NVDRS), and the National Intimate Partner and Sexual Violence Survey (NISVS). She also develops strategic plans for innovating and modernizing violence surveillance efforts and works to ensure that DVP’s surveillance data inform violence prevention initiatives and activities. She has served in this role since July 2020 and has been at CDC since 2009.

Prior to this role, Dr. Holland served as the Associate Director for Science in CDC’s Division of Overdose Prevention (DOP). She oversaw CDC’s Cannabis Strategy and Coordination Unit and provided leadership and guidance to the Division on scientific regulatory and research efforts. She also strategically planned for and led the establishment of the Division’s health equity, substance use, and overdose prevention research activities and priorities. Dr. Holland began her CDC career in DVP, serving in multiple roles, including as a project officer, behavioral scientist, and lead of the Surveillance Branch’s Morbidity and Behavioral Surveillance Team.

Dr. Holland holds a PhD degree in Health Promotion and Behavior from the University of Georgia (UGA), a Master’s of Public Health degree in Epidemiology from Georgia State University; and she completed her undergraduate work at UGA. She has authored more than 70 publications in peer-reviewed journals, MMWRs, book chapters, and government reports.