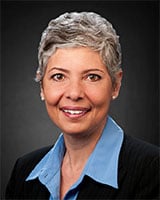 Ileana Arias, PhD, is the Acting Deputy Director for Public Health Science and Surveillance (DDPHSS) at CDC. In this position, she is responsible for strengthening CDC’s scientific foundation by working across the Office of Science, the Office of Laboratory Science and Safety, the Center for Surveillance, Epidemiology, and Laboratory Services, and the National Center for Health Statistics. A primary focus of Dr. Arias’ role is to provide leadership for CDC’s Data Modernization Initiative and serve as an advisor to the CDC Director. She also co-chairs CDC’s IT and Data Governance board.

Dr. Arias joined the CDC in 2000 as Chief of the Etiology and Surveillance Branch in the Division of Violence Prevention of the CDC’s National Center for Injury Prevention and Control (NCIPC). She became Director of the NCIPC in 2004 and served in that capacity until 2009. Dr. Arias served as Principal Deputy Director for the CDC/ATSDR from 2009-2015. In this role, she served as the principal advisor to the director on all scientific and programmatic activities of CDC/ATSDR and was responsible for advising the Director in the executive responsibilities of shaping policies and plans for CDC/ATSDR. Immediately preceding her current position, Dr. Arias served as the Director of the Division of Community Health Investigations of ATSDR, where she worked to prevent exposures to harmful substances in the environment and their health consequences.

Dr. Arias has authored numerous peer-reviewed articles in professional journals and has given presentations across the United States and in several foreign countries. She is on the editorial boards of leading intimate partner and family violence journals and also serves on numerous professional boards.