Related Pages
On This Page
General Information About Clusters

In public health, a cluster is a greater-than-expected number of cases of a disease or occurrence that takes place among a group of people close in time, typically days or weeks. Criteria are usually developed to define a cluster. The group of cases are referred to as a suspected cluster until the parameters established by the criteria are met.

First, contact your local or state health department if you suspect a suicide-related cluster in your community, or if you’d like information such as suicide statistics or trends in your area. You can also find suicide data for your state or local area using CDC WISQARS or CDC WONDER. The local or state health department gathers information, develops a case definition, and determines whether there is a greater-than-expected number of cases. If the situation meets a cluster criteria, state and territorial public health authorities can request informal technical assistance, such as guidance or resources, or formal epidemiologic assistance from CDC through an Epi-Aid.

An Epi-Aid is an investigation of an urgent public health problem, such as infectious or non-communicable disease outbreaks, unexplained illnesses, or natural or manmade disasters. An Epi-Aid allows rapid, short-term (1–3 weeks), generally onsite, technical assistance by Epidemic Intelligence Service (EIS) officers and other CDC subject matter experts when a public health authority requests CDC’s assistance. The Epi-Aid investigation will assist partners in making rapid practical decisions for actions to prevent and control the public health problem.

Best Practices and Recommendations for Reporting on Suicide
These recommendations are important for preventing further suicide risk or deaths (sometimes called “suicide contagion”) in the community.

What is a suicide cluster?

Suicide clusters are defined as a greater-than-expected number of suicides or nonfatal events such as suicide attempts and self-harm occurring close in time or geography. Clusters can also imply relatedness on some other level than just statistical (for example, when vulnerable individuals from diverse locations are exposed to a highly publicized suicide and imitate the method of that suicide).

Is there a way to statistically prove whether or not a cluster occurred?

It may be difficult to prove that a cluster occurred because of small numbers. There are statistical methods available that can be applied, such as geographic information systems, Knox, Poisson, or Scan tests.

What does suicide contagion mean?

Risk of suicide can increase when media reports fail to follow best practices, including:

Media can play an important role in preventing suicide risk or deaths by following Best Practices and Recommendations for Reporting on Suicide. For example, media can:

Where are suicide clusters more likely to occur?

There is no one place where clusters are more likely to occur. Published investigations of suicide clusters have shown that they occur in a variety of locations and settings such as schools, correctional facilities, military institutions, and hospitals.

What are the risk factors associated with suicide clusters?

Risk factors for individuals involved in suicide clusters include male sex, being an adolescent or young adult, excessive alcohol use, drug misuse, and past history of self-harm.

What age group has more clusters?

Among published reports, adolescents and young adults seem to experience clusters more frequently than middle-aged or older adults. In the United States, approximately 1% to 5% of teen suicides occur as part of a cluster.

How can a community respond when a suicide cluster occurs?

CDC recommends three general phases of action to prevent and respond to clusters: preparedness, intervention/postvention, and follow-up. These phases are briefly discussed below.

Top of Page
Need help? Know someone who does? 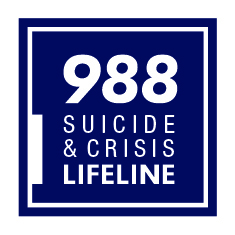 Contact the 988 Suicide and Crisis Lifeline if you are experiencing mental health-related distress or are worried about a loved one who may need crisis support.

Connect with a trained crisis counselor. 988 is confidential, free, and available 24/7/365.

Visit the 988 Suicide and Crisis Lifeline for more information at 988lifeline.org.