Radiation is energy that comes from a source and travels through space at the speed of light. This energy has an electric field and a magnetic field associated with it, and has wave-like properties. You could also call radiation “electromagnetic waves”.

Learn more about the electromagnetic spectrum 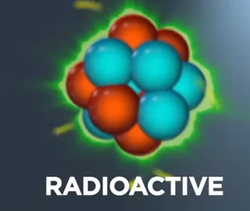