What are wearable computers and wearable technology? 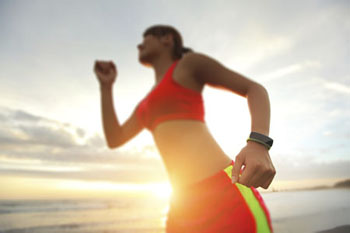 Wearable computers and wearable technology are small devices using computers and other advanced technology that are designed to be worn in clothing or directly against the body. These devices are usually used for entertainment and other tasks like monitoring physical activity.

Most devices use low-powered Bluetooth technology similar to that used in “hands free” headsets for cell phones and many other wireless consumer devices. Some devices may use Wi-Fi or other communication technologies as well.

What are some examples of wearable computers and wearable technology?

Familiar examples of wearable computers or wearable technology include “smartwatches” and fitness trackers.  Future devices could include head-mounted displays and a wide variety of personal health monitors.

RF transmitters in wearable technology expose the user to some level of RF radiation. RF radiation is a form of non-ionizing radiation made up of radiowaves.

RF transmitters in wearable devices operate at extremely low power levels and normally send signals in streams or brief bursts (pulses) for a short period of time. As a result, wearable devices expose the user to very small levels of RF radiation over time.

How much RF radiation am I exposed to?

To be sold in the U.S., equipment that transmits RF radiation must meet exposure limits set by the Federal Communications Commission (FCC). These limits are designed to reduce exposure to RF radiation.

While the FCC guidelines were adopted in 1996, they are similar to international guidelines that are presently in effect in many other countries. Wearable devices expose the user to small amounts of RF radiation compared to these international exposure limits pdf icon[PDF – 647kb]external icon.

Wearable technology can distract you

If you use wearable devices, it could be a source of distraction and raise a number of safety and other issues unrelated to RF radiation exposure. This is a major concern if you are driving a car or participating in other activities that require close attention.

What You Need to Know
More Information

CDC- Frequently Asked Questions about Cell Phones and Your Health