What is Radiation? Properties of Radioactive Isotopes

Radioactive decay is the process in which a radioactive atom spontaneously gives off radiation in the form of energy or particles to reach a more stable state.  It is important to distinguish between radioactive material and the radiation it gives off.

There are four types of radiation given off by radioactive atoms:

Radioactive atoms give off one or more of these types of radiation to reach a more stable state.  Additionally, each type of radiation has different properties that affect how we can detect it and how it can affect us. 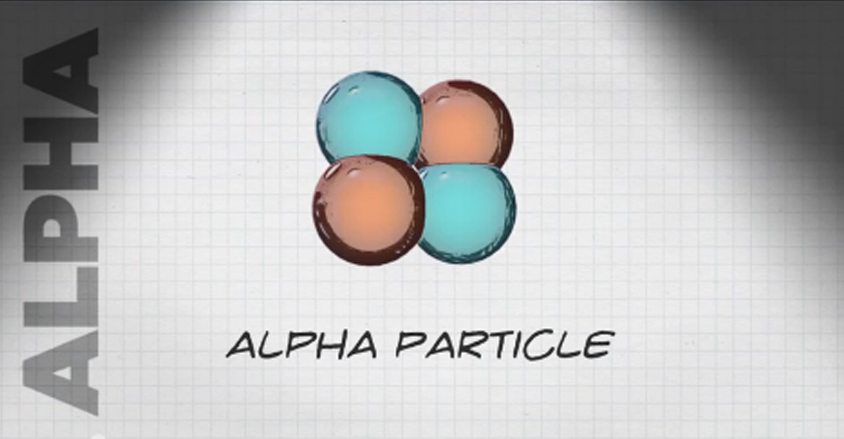 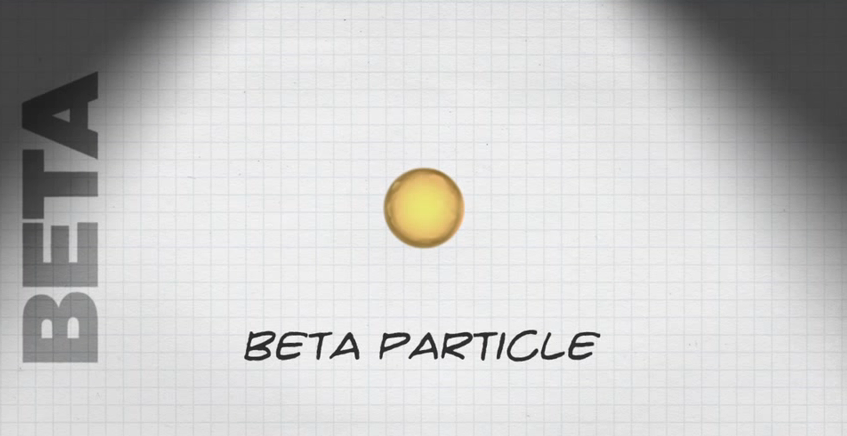 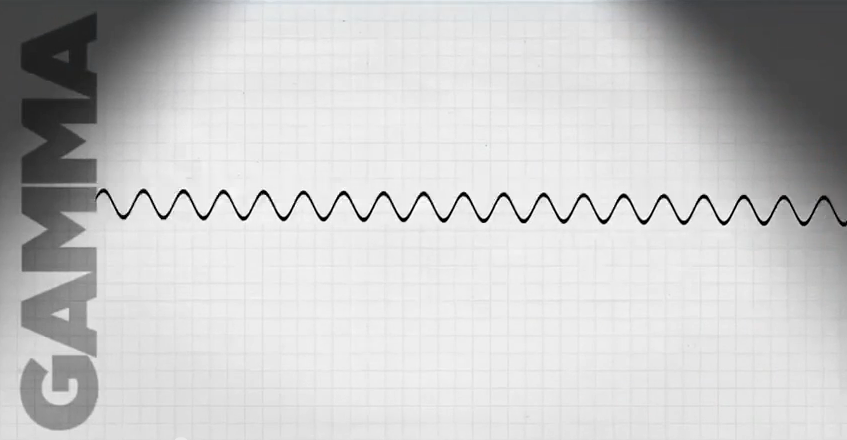 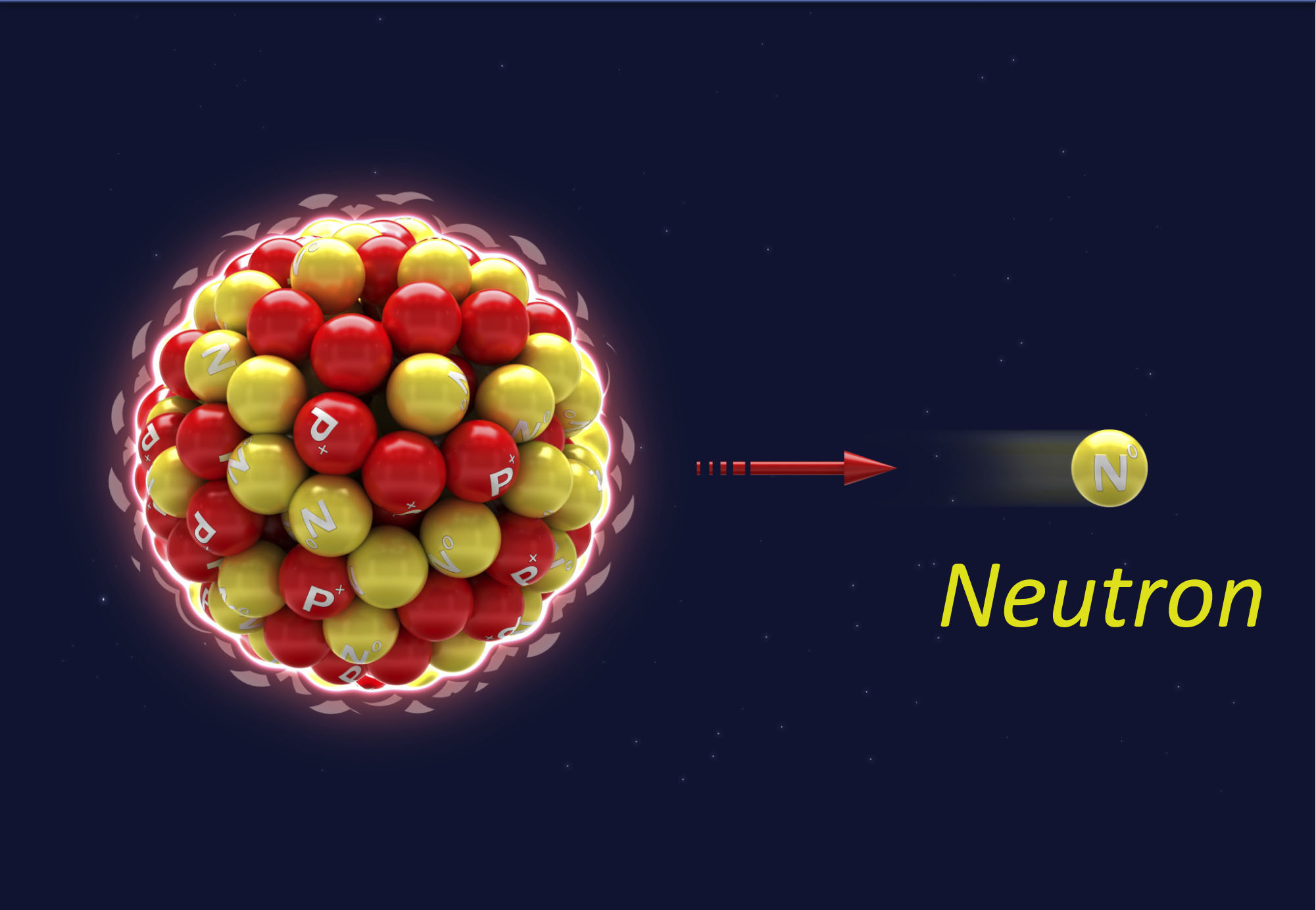 Neutrons are neutral particles with no electrical charge that can travel great distances in the air.

Radionuclides can give off more than one kind of radiation, so it’s not uncommon to have a radionuclide that gives off both beta and gamma radiation, for example.

Another feature of each radionuclide is its half-life.  Half-life is the length of time it takes for half of the radioactive atoms of a specific radionuclide to decay.  A good rule of thumb is that, after seven half-lives, you will have less than one percent of the original amount of radiation.

Click here for a closer look at half life.

Depending on the radionuclide, this process could be fast or take a very long time – radioactive half-lives can range from milliseconds to hours, days, sometimes millions of years.

Uranium is a radionuclide that has an extremely long half-life.

A Closer Look at Half-Life

If you start with 100 atoms, after one half-life you’ll have 50 radioactive atoms. 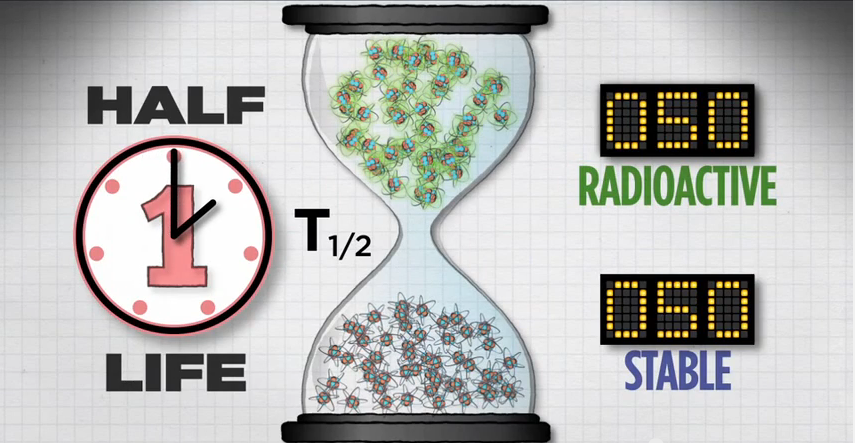 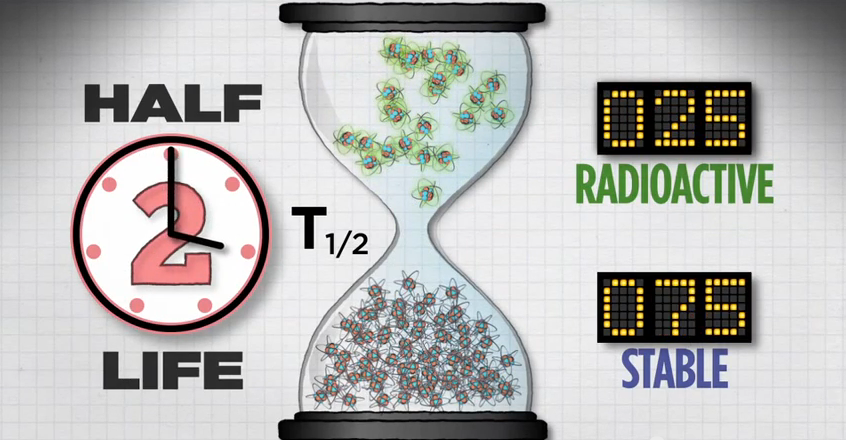 And after a third half-life, you’ll have 12 radioactive atoms.

Then 6, then 3, then 1, until eventually, all of the radioactive atoms in that population will reach their more stable state.

Some radionuclides go through a series of transformations before they reach a stable state.  For example, uranium-238 ultimately transforms into a stable atom of lead.  But in the process, several types of radioactive atoms are generated.  This is called a decay chain. When uranium-238 decays, it produces several isotopes of: 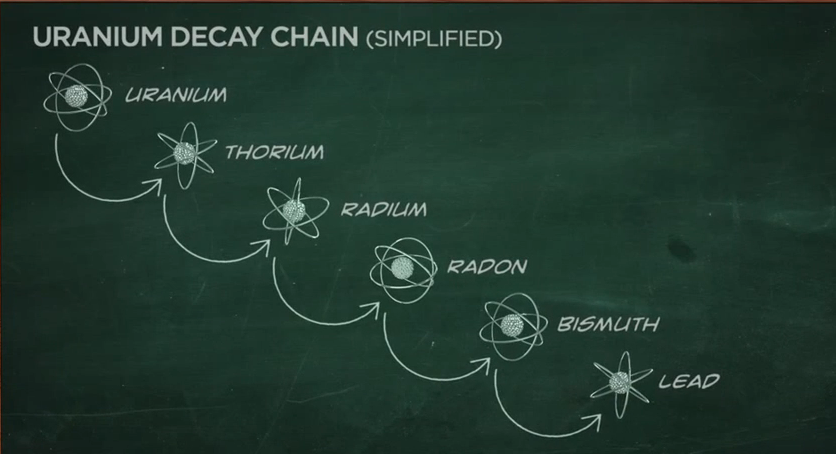 As a result of this natural process, all of these radioactive atoms are part of our natural environment.

Alpha particles — The nucleus of a helium atom, made up of two neutrons and two protons with a charge of +2. Certain radioactive nuclei emit alpha particles. Alpha particles generally carry more energy than gamma or beta particles, and deposit that energy very quickly while passing through tissue. Alpha particles can be stopped by a thin layer of light material, such as a sheet of paper, and cannot penetrate the outer, dead layer of skin. Therefore, they do not damage living tissue when outside the body. When alpha-emitting atoms are inhaled or swallowed, however, they are especially damaging because they transfer relatively large amounts of ionizing energy to living cells. See also beta particle, gamma ray, neutron, x-ray.

Atom — The smallest particle of an element that can enter into a chemical reaction.

Beta Particles —  Electrons ejected from the nucleus of a decaying atom. Although they can be stopped by a thin sheet of aluminum, beta particles can penetrate the dead skin layer, potentially causing burns. They can pose a serious direct or external radiation threat and can be lethal depending on the amount received. They also pose a serious internal radiation threat if beta-emitting atoms are ingested or inhaled. See also alpha particle, gamma ray,neutron, x-ray.

Gamma Rays — High-energy electromagnetic radiation emitted by certain radionuclides when their nuclei transition from a higher to a lower energy state. These rays have high energy and a short wave length. All gamma rays emitted from a given isotope have the same energy, a characteristic that enables scientists to identify which gamma emitters are present in a sample. Gamma rays penetrate tissue farther than do beta or alpha particles, but leave a lower concentration of ions in their path to potentially cause cell damage. Gamma rays are very similar to x-rays. See also neutron.

Isotope — A nuclide of an element having the same number of protons but a different number of neutrons.

Neutron — A small atomic particle possessing no electrical charge typically found within an atom’s nucleus. Neutrons are, as the name implies, neutral in their charge. That is, they have neither a positive nor a negative charge. A neutron has about the same mass as a proton. See also alpha particle, beta particle, gamma ray, nucleon, x-ray.

Radioactive Decay — Disintegration of the nucleus of an unstable atom by the release of radiation.

Radiation — Energy moving in the form of particles or waves. Familiar radiations are heat, light, radio waves, and microwaves. Ionizing radiation is a very high-energy form of electromagnetic radiation.

Radioactive Material — Material that contains unstable (radioactive) atoms that give off radiation as they decay.

Radionuclide — An unstable and therefore radioactive form of a nuclide.