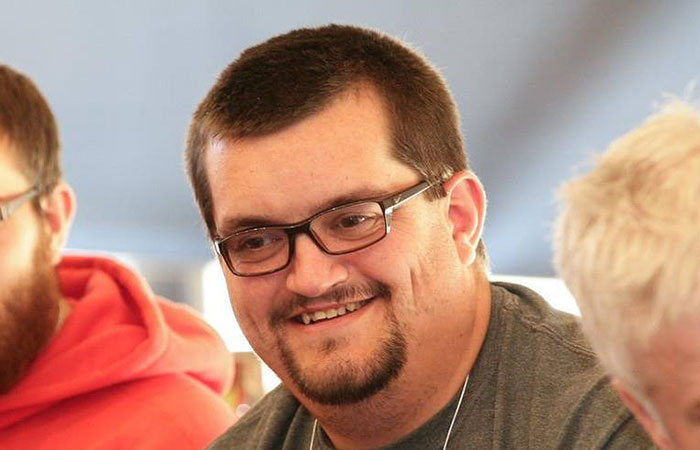 My name is Brandon and I have type 2A von Willebrand disease (VWD). Type 2A VWD is supposed to be a mild to moderate bleeding disorder but my bleeds can be more severe because my von Willebrand factor (a protein in the blood that helps the body stop bleeding) is quite low. VWD is common on my father’s side of the family, so it wasn’t surprising to learn that I have VWD as well. I was scared when I was first diagnosed because of blood safety issues in the 1980s. I also wasn’t fond of needles and the infusion process (the process of injecting medicine) requires them. But I knew this was going to be a new part of my life and I am not one to give up on anything, I fight through it. So, I learned as much as I could about VWD and continued forward from there.

Growing up with VWD was difficult because I couldn’t play sports or join the Boy Scouts due to the potential bleeding risks. As a young adult, I was more active and unfortunately ended up in the hospital a lot. I wanted to join the military, but I knew this wouldn’t be possible because of my bleeding disorder, so I started to become more interested in computers and technology. Now I work for a company that builds ultra-cold freezers for products like the COVID-19 vaccines.

The bleeds are the biggest impact that VWD has on my life. My bleeds can be severe, and I have been treating them through prophylaxis (preventative treatment to stop bleeds before they start). My wife and I have been married for 15 years and we have three children. My daughter has VWD and my wife is undergoing testing to see if she also has a bleeding disorder. We try to live a normal life and prophylaxis treatment has made that more possible. I inject myself with the medicine every week and the whole family is involved. Everyone has a job to do, which makes the process go smoothly and quickly.

Everyone deserves love and compassion because these disorders can be scary and helping those who are new to the community can bring them peace. As a parent and a person with a bleeding disorder, my advice is to never be afraid to ask questions or get a second opinion. You deserve to know everything there is to know about bleeding disorders and doctors are there to help you get those answers.

CDC thanks Brandon for sharing his story.