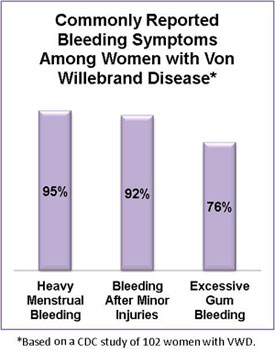 In a CDC survey of women with VWD: [Read article]

In a CDC study of 102 women with all types of VWD compared to 88 controls: [Read article]