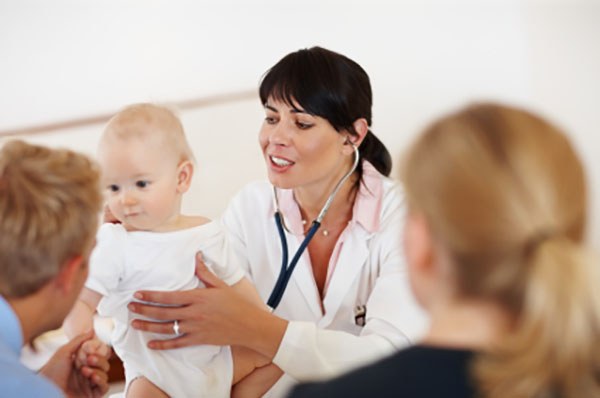 Von Willebrand disease (VWD) is a bleeding disorder in which the blood does not clot properly. Blood contains many proteins that help the body stop bleeding. One of these proteins is called von Willebrand factor (VWF). People with VWD either have a low level of VWF in their blood or the VWF protein doesn’t work the way it should. There are three types of VWD: type 1 (the most common and mildest form of VWD), type 2, and type 3 (the most severe form of VWD).

VWD is the most common inherited bleeding disorder. The signs and symptoms of VWD include frequent or hard-to-stop nosebleeds; easy bruising; and longer-than-normal bleeding after injury, surgery, and dental work. Women with VWD can experience heavy or abnormal bleeding during menstrual periods and after childbirth.

VWD is diagnosed by asking about a family history of bleeding and running different diagnostic and screening tests to determine if a bleeding disorder is present. It can be difficult to diagnose VWD in children because they rarely have bleeding events, and because bruising is common among children (especially as they begin to crawl and walk), it may be overlooked as a symptom of VWD. There is not a lot of information about the characteristics and complications of VWD among children.

Researchers from CDC and the U.S. Hemophilia Treatment Center Network analyzed data from a large public health monitoring program that tracked the care and health outcomes of people with bleeding disorders who received care at Hemophilia Treatment Centers (HTCs) in the United States from 2003–2011. The researchers studied information collected on 105 children younger than 2 years old who had VWD. The study aimed to learn

The number of children in this study was small, and additional research should be done with a larger, more racially diverse group of children would be useful. Information about bleeding events among children with VWD—like the severity of the bleed and if and when they require treatment—is particularly important because it has not been well-studied and can help providers who treat this young population. More studies are also needed to learn about the birth outcomes of babies with VWD.