Other Concerns & Conditions of Tourette Syndrome

The symptoms of other disorders can complicate the diagnosis and treatment of TS and create extra challenges for people with TS and their families, educators, and health professionals.

Most children who are diagnosed with TS also have another mental health, behavioral, or developmental condition.1 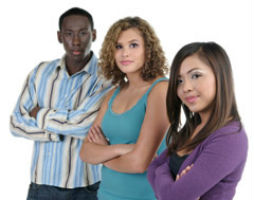 Conditions that commonly occur with TS include:

Because co-occurring conditions are so common among people with TS, it is important for doctors to assess every child with TS for other conditions and problems.

ADHD is a common co-occurring condition among children with TS. 1  Children with ADHD have trouble paying attention and controlling impulsive behaviors. They might act without thinking about what the result will be and, in some cases, they are also overly active. It is normal for children to have trouble focusing and behaving at one time or another. However, for children with ADHD. symptoms can continue, can be severe, and cause difficulty at school, at home, or with friends.

Children with ODD show negative, defiant and hostile behaviors toward adults or authority figures. ODD usually starts before a child is 8 years of age, but no later than early adolescence. Children with ODD might show symptoms most often with people they know well, such as family members or a regular care provider. The behavior problems associated with ODD are mores severe or persistent than what might be expected for the child’s age, and result in major problems in school, at home, or with peers.

Examples of ODD behaviors include:

Children with CD act aggressive toward others and break rules, laws, and social norms. They might have more injuries and difficulty with friends. In addition, the symptoms of CD happen in more than one area in the child’s life (for example, at home, in the community, and at school).

Behavior problems can be highly disruptive for the child and others in the child’s life. It is important to get a diagnosis and treatment plan from a mental health professional as soon as possible. Effective treatments for disruptive behaviors include behavior therapy training for parents.

Some people with TS have anger that is out of control, or episodes of “rage.” Rage that happens repeatedly and is disproportionate to the situation that triggers it may be diagnosed as a mood disorder, like intermittent explosive disorder. Symptoms might include extreme verbal or physical aggression. Examples of verbal aggression include extreme yelling, screaming, and cursing. Examples of physical aggression include extreme shoving, kicking, hitting, biting, and throwing objects. Rage symptoms are more likely to occur among those with other behavioral disorders such as ADHD, ODD, or CD.

Among people with TS, symptoms of rage are more likely to occur at home than outside the home. Treatment can include behavior therapy, learning how to relax, and social skills training. Some of these methods will help individuals and families better understand what can cause the symptoms of rage, how to avoid encouraging these behaviors, and how to use appropriate discipline for these behaviors. In addition, treating other behavioral disorders that the person might have, such as ADHD, ODD, or CD can help to reduce symptoms of rage.

Everyone feels worried, anxious, sad, or stressed from time to time. However, if these feelings do not go away and they interfere with daily life (for example, keeping a child home from school or other activities, or keeping an adult from working or attending social activities), a person might have depression. Having either a depressed mood or a loss of interest or pleasure for at least 2 weeks might mean that someone has depression. Children and teens with depression might be irritable instead of sad.

To be diagnosed with depression, other symptoms also must be present, such as:

Depression can be treated with counseling and medication.

Children with TS can also have other health conditions that require care.

Among the more common health conditions that can occur with TS are::

A CDC study1 showed that the rates of asthma and hearing or vision problems were similar to children without TS, but bone, joint, or muscle problems as well as brain injury or concussion were higher for children with TS. Children with TS were also less likely to receive effective coordination of care or have a medical home, which means a primary care setting where a team of providers provides health care and preventive services.

As a result of these challenges, children with TS might need extra help in school. Many times, these concerns can be addressed with accommodations and behavioral interventions (for example, help with social skills).

Accommodations can include things such as providing a different testing location or extra testing time, providing tips on how to be more organized, giving the child less homework, or letting the child use a computer to take notes in class. Children also might need behavioral interventions, therapy, or they may need to learn strategies to help with stress, paying attention, or other symptoms.

CDC is working with the Tourette Association of America to provide information about TS and other concerns and conditions to health care providers, educators, and families, so that children with TS can get the best available treatment and support. To learn more about other concerns and conditions related to TS, please visit the Tourette Association websiteexternal icon.